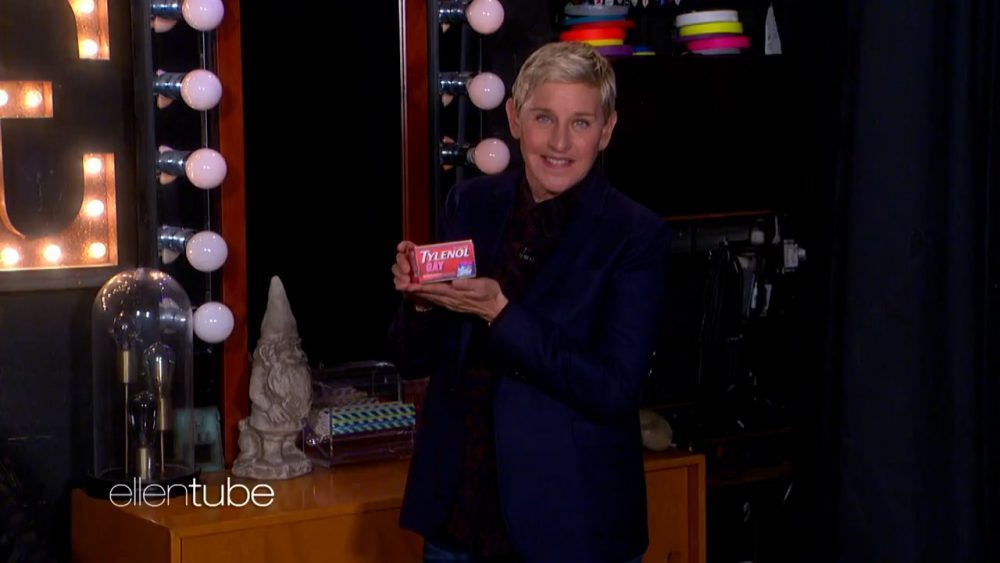 Ever in true Ellen LGBTQ+ activism and satirical comedy form, was a skit featuring her in a PSA/commercial for a new product she named Tylenol Gay.

“You know I love being gay, but I can’t stand the headaches.”

“Luckily I found something that helps. Tylenol Gay. It’s the only over-the-counter medicine designed specifically for gay headaches.”

“Before you know it, your gay headache is gone and you can get back to all the gay things you love.”