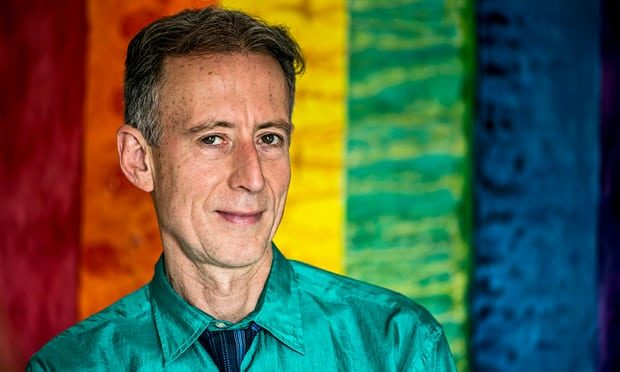 Activist Peter Tatchell On Why The Trans Community Deserve Our Support

I always stand with the oppressed. Trans women and men are certainly some of the most vulnerable and oppressed people.

They deserve our support and solidarity.

Needless to say I condemn all threats, intimidation and violence, whether by people who are pro-trans or anti-trans. I agree with dialogue but it must be based on accepting the dignity and human rights of trans people and not resort to the hate speech that some trans-critical feminists have indulged in.

I support reform of the Gender Recognition Act, along the lines advocated by the trans community. It is long overdue.

Similar legislation enacted in Ireland, Malta and Argentina has worked well and not led to the dire consequences for non-trans women that some anti-trans feminists have predicted.

They suggest that reform of the GRA will enable trans women to commit violence and sex crimes against non-trans women by giving them access to women-only spaces.

This is an unfounded fear. It is based on a blanket erroneous and bigoted presumption that trans women are a threat and danger to non-trans women.

Those who commit crimes against non-trans women will be neither encouraged nor empowered by a reformed GRA. They are criminals who ignore the law and will commit such crimes regardless.

Not reforming the GRA will not stop these crimes and protect non-trans women from predators. A person who seeks to rape or bash non-trans women does not need legal access to women-only spaces to do so. They will just barge in and commit their evil deeds.

In any case, trans women are many times more likely to be victims, rather than perpetrators, of sexual and violent crimes.

The demonisation of trans people – particularly of trans women – as misogynists, rapists and violent assailants is so evidently factually and ethically wrong.

The idea that the tiny numbers of trans people can somehow threaten the rights of non-trans women, who make up 52% of the population, is absurd. These scare-mongering claims echo the far right demonisation of Jewish and Muslim minorities.

Even if a small number of trans people do bad things, that is no excuse to generalise about all trans people as a threat and menace to non-trans women.

This line of argument reminds me of the way homophobes used to generalise about all LGBT+ people on the basis that a small minority committed terrible crimes, as rapists, paedophiles or serial killers. A similar sweeping generalisation and fear-mongering is now being made by some people against the trans community. It is so very wrong.

I have supported both women’s rights and trans rights for nearly 50 years – and I will continue to do so.