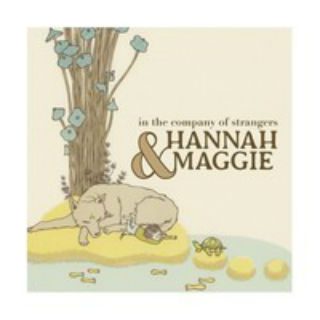 Hannah and Maggie’s third album ‘In the Company of Strangers’ solidifies their spot in the folk/pop genre.

Hannah and Maggie’s third album ‘In the Company of Strangers’ solidifies their spot in the folk/pop genre.

Hailing from New York, Hannah and Maggie have a sound both familiar and inviting, with voices that harmonize together perfectly. The duo met in 2009 whilst at Smith College, singing in an acappella group.

It was here that these two found a common love for music and first teamed up for a songwriting contest. Following this the duo remained as a twosome releasing two albums prior to this installment “In The Company of Strangers. This time the duo have developed a sound of flowing and intertwined instrumental lines, sharp lyrics and beautiful harmonies that stay true their folk roots.

The first track “Home As We Know It” has a powerful up-tempo beat and wonderful split melody line, which sets the mood and scene for the listener at the beginning of their journey through the album. Eerily the third track is reminiscent of the very early folk sound of, Ani DiFranco, “The Final Straw’s” first few bars of acoustic guitar almost feel like DiFranco herself has lent a hand in the track (which she has not). The end result is a brilliant fusion of “old folk” into new.

It is in the track “Atticus” that the listener can really hear why this duo has been likened to the timeless sound of Simon and Garfunkel. The track has that classic mellow sound that floats through each bar driven by tight harmonies building through to its crescendo at that pivotal climactic point and ending all too soon.

“Heavy Ever Growing Pines” is a happy playful ditty that will have the listener tapping their feet along by the end of the first verse. The girls continue with their playful side in “Nightingale” with a melding of country and jazz vocals.

Hannah and Maggie’s “In the Company of Strangers” branches out from a pure acoustic folk sound and utilizes catchy harmonies with layers of instrumental work. This album should have their fan base pleased and welcoming new listeners, garnering new support and fans.