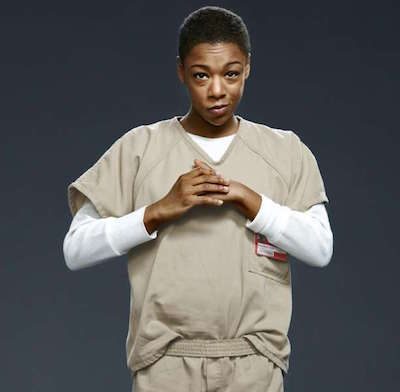 Why are your favourite TV and film LGBT characters killed off far quicker than their heterosexual cast members?

While there are new TV series and films that include LGBT characters, and their representation is growing in a more positive way, there is still an old trope that sees many LGBT characters dead before their happy endings are reached. Whether it be Poussey Washington suffocated on Orange is the New Black, Lexa accidentally shot in The 100 or Nora and Mary exploding in a car crash in Vampire Diaries, it can be confidently stated that LGBT characters are targeted.

The ‘Bury Your Gays’ or ‘Dead Lesbian’ Syndrome is the trope that has killed off many LGBT characters from both film and TV. And is a trope that needs to be recognised and shown for the negative impact that it has on the representation of the LGBT community. While the trope was once sadly demanded by the broadcasting standards Hayes Code, the laws have now been changed and so ‘deviant’ characters (including those of LGBT orientations) are no more legally bound to be unrewarded or un-sympathised with.

Nora and Mary Lou from The vampire diaries

GLAAD (Gay and Lesbian Alliance Against Defamation) is an American organisation that monitors media and the presence of lesbian, gay, bisexual, transgender and queer characters. In their 2016-2017 report, they found that TV was ahead of film in regards to LGBT representation, but found that TV had seen many queer women killed off. It called for creators to not fall back into an age-old trope which saw LGBT characters killed off, often times to further a straight character’s storyline.

And this is where the trope’s damage is really shown. The idea that LGBT characters are not ‘allowed’ a happy ending shows a disturbing mindset on the worth of such people who exist in real life. When such characters, who are few and far between on the silver screen, are killed off, while the many heterosexual characters that surround them are left to live, the message of the character’s death leans more towards sexual orientation than any other reason.

It is through discussion that this trope will be weeded out. It needs to be highlighted and shown for what it truly is, a destructive pattern driving an old prejudice that needs to forgotten. In a world that faces towards a hopeful and more inclusive future there is no room for burying gays or dead lesbians, creators need to stop and think about their creative choices, and decisions made about LGBT characters as their depiction holds great importance in this time of change.

You can read the GLAAD report here.