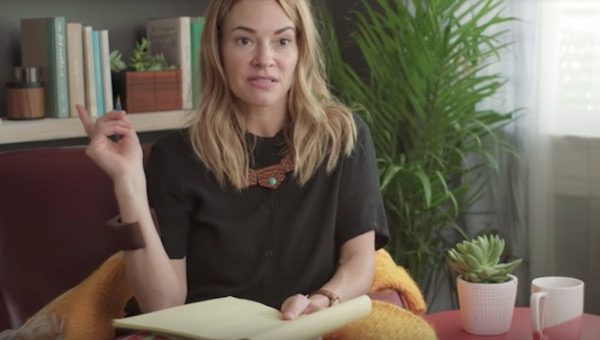 Check out the new web series Strangers with Leisha Hailey and Jemima Kirke.

You know when you watch a trailer for a new show and you’re just like, “Um, of course I want to watch this, literally sign me up, and take away 13 hours of my life in one sitting”?

First off it caught our attention because it is going to be the first ever scripted series on Facebook’s new viewing platform, “Watch/Shows.” With the massive corporate backing of a new media giant like Facebook, the risk is obviously that the show will play to millennial tropes rather than actual, authentic storylines and characters.

However, from what we can gather so far, “Strangers” looks set to avoid that pitfall.

The series  follows “the emotional, sexual and professional adventures of Isobel and Cam—two twenty-somethings in LA, and the eccentric guests who impact their lives when Isobel rents out her spare room.”

Isobel (played by The Comeback’s Zoe Chao) is straight but maybe bi but maybe a lesbian, while Cam (played by Search Party’s Meredith Hagner) is a dyed in the wool lesbian.

In the trailer, we also spy an array of familiar and lovable faces, like Shiri Appleby (of Roswell, and more recently, UnREAL, fame), Leisha Hailey (Alice Pieszecki!), Breeda Wool (who plays sweet as candy lesbian Faith on UnREAL) and Jemima Kirke (Jessa on Girls).

Some banger lines from the trailer include: