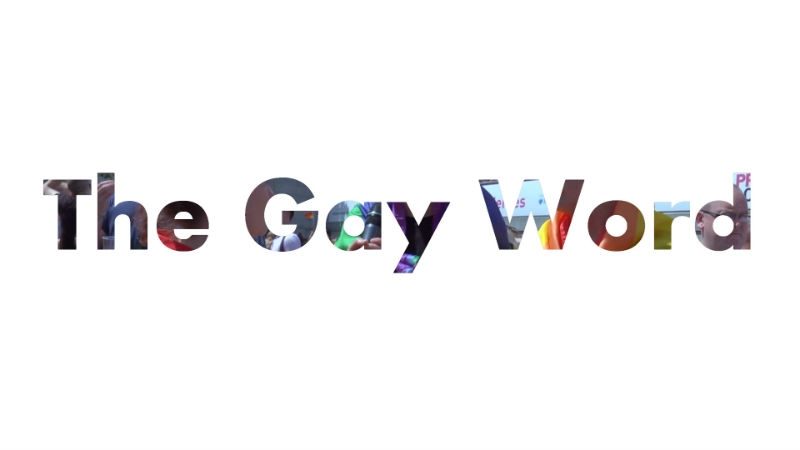 This new documentary explores the evolution of the word ‘gay’.

In Britain, 99% of lesbian, gay and bisexual young people hear the word ‘gay’ used negatively while at school. 84% feel distressed when they hear it used as a synonym for rubbish or uncool. Yet almost half of all 18 to 29 year old think the term is fine to use. Why are people so divided over the ‘gay’ word?

The Gay Word is a documentary about the recent trend of saying the word ‘gay’ negatively to mean rubbish, uncool, or embarrassing. Amy Ashenden travels around the south east of England to find out why some people have started to say “eurgh that’s gay”. Is it homophobic or has language evolved?

Amy Ashenden asks gay and straight people, young and old, why it makes certain people deeply offended and others less phased. At Stonewall’s HQ in the city centre of London, Amy speaks to the largest gay rights organisation in Europe, which is campaigning against the word ‘gay’ being used negatively, and travels to meet the university academic who claims it’s harmless. She also speaks to teachers, parents, a LGBT+ activist, a transgender male, and young people still in school to find out where the trend of saying “that’s so gay” negatively comes from, and if it should be stopped.

View the trailer below

For more information on The Gay Word, visit the Official Website