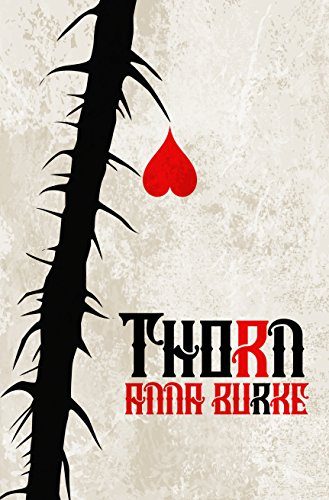 Thorn is a lesbian feminist fairy-tale with a vengeance, highlighting the power and vulnerability of women, the expectations of society and the literal battles, both emotional and physical, that women fight to be themselves.

In true fairy-tale style, the evil ice queen rides a bear, leads a pack of wolves and exacts an awful revenge on anyone who dares enter her lands to take what is hers. Yet under the frightful cold exterior is a woman trapped by her own arrogant narcissism into one too many acts of cruelty which has been punished by the local witch. To escape she must lose everything she holds dear, and that which she cannot bear to lose.

Our Cinderella is the wealthy merchant’s daughter fallen on hard times, reduced from the high life of the city to a small cottage and meagre living, sold off to the local lord for his sons betrothed to cement her father’s mercantile ambitions. Mourning the loss of her beloved mother, her father’s act of kindness on her birthday enslaves her to the evil Queen and life in the barren castle at the heart of winter.

Full of passion, love and loss, one woman must lose everything to regain herself, the other must risk everything to become the woman society has repressed.

Anna Burke’s second novel is so far from the first as to be incredible. From “Compass Rose”, Sci-Fi fantasy in a future drowned world, to a twist on a classic Ice Queen fairy-tale set in a medieval landscape. And yet the world-building, character development, complex interpersonal relationships and deeply entwined use of nature as both a proactive setting and physical presence are so strong in both that when you recover your wits and think about both books you can see the powerful similarities.

The writing is exquisite. The imagination behind both books is awe inspiring. And even more when you reach the end and realise that without ever making a “thing” about it Burke has subverted the whole by having women take all the major characters; the men are ineffectual wannabe’s in secondary roles.

An epic romance, a dramatic adventure, an exploration of what women are capable of, both good, bad and ugly. And all wrapped up in a story worthy of a blockbuster Netflix fantasy. Just brilliant – Ms Burke is one to watch.