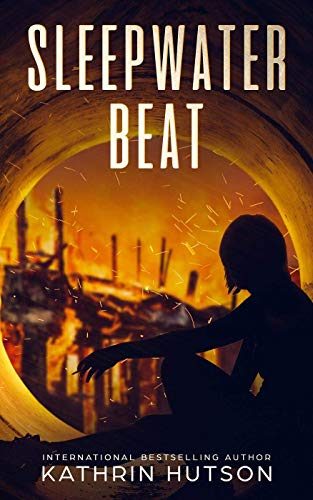 This is book one of – so far – two in the Blue Helix series, and it gets things off to a fantastic start. Leo has always had a strange power: she can use words to make people believe anything she says. Literally anything. As a child she used this for fun, enabling herself to skip out of school, and to entertain her girlfriend, Alex. But her life takes a more serious when her dad, a drug addict, overdoses and leaves 16-year-old Leo parentless – her mother had left years before – and with no means of support.

Despite Alex’s pleadings, Leo starts running drugs for her dad’s dealer, and soon finds herself losing everything important to her. She’s homeless, running from city to city, when Sleepwater finds her. But what exactly is Sleepwater? All Leo can fathom is that they are all people like her, people who can use the power in their words to make things happen. But they also seem to be some kind of underground guerilla organization, targeting government and pharmaceutical businesses. It’s the last place she thought she’d find herself, but there’s something to be said for surrounding yourself with people who share your abilities…

This book got off to a relatively slow, but still intriguing start, then picked up some serious pace in the second half that made it very hard to put down. To begin with, the story is told in three ‘voices’ – Leo’s present, her past, and commentary from TV and radio stations about a drug called Pointera. The flashbacks and the media snippets intersperse with the chapters about Leo’s present day life, but they’re clear to follow so the skipping back and forth isn’t that confusing. I wasn’t entirely sure what was going on with the Pointera stuff, but let’s just say that all gets resolved in the second half, so just persevere with it!

Leo is a great character. Because the book is told pretty much from her point of view throughout, we really get to dive deep into what makes her tick, and the author has done a very good job with that. Karl, the first Sleepwater person to find Leo, is mysterious but at the same time clearly cares about finding a good path for Leo. The other Sleepwater members don’t get so fleshed out in this first book, but I’m sure that’s going to be expanded on in book two.

The action in the second half of the book is really exciting, and contains a number of jaw-dropping twists I really didn’t see coming. The writing style is good, easy to read, and generally paced well, and the book’s had an excellent edit, which always pleases me.

If you like this genre, you absolutely won’t be disappointed with this one. And if you’ve never read anything like it, this would be a great introduction. Highly recommended!