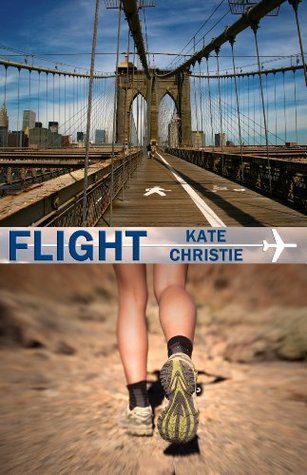 A well-paced, hopeful exploration of coming-of-age and coming out

Kate Christie has shown with her thought-provoking novel “Family Jewels” that she is a force to be reckoned with in modern lesbian writing. If her newest book “Flight” were a meal, I would call it a most delicious serving of slow food — in this case, culinary art for the mind.

Unhurriedly, Christie explores the life, losses, and coming of age of Ashley Lake who, as a small child, was the sole survivor of a plane crash that left her orphaned and in the care of her Aunt Selma. This book grew on me with every page turned — the warmth of the characters, the description of places, the awesome character development, the sports scenes, the well-done historical angle (the novel is mainly set in the early 1990s), and the low-key but pervasive positive outlook on life.

It’s June 1993, and Ashley has just lost her beloved Aunt Selma to cancer, leaving her to wonder: Am I cursed? Rescue comes in the form of her oldest and dearest friend, Austin, ousted from the Navy during an anti-gay witch hunt. He is off to gay-haven New York City and asks Ash to come with him until she sorts out her future plans. She agrees, and off they go from the suburbs of Tennessee to NYC. The descriptions of rural Tennessee as well as New York are spot-on and a great asset to the book. I also loved how Christie worked into the book the historical background of AIDS and how it impacted the community and the start of gay pride. Another great angle of the book is sports: Ash not only is a track runner but into biking, and Christie has a knack at bringing both alive in the most vibrant way.

Last but not least, Ash starts to explore intimate relationships — not an easy feat for someone who has experienced such tragic loss. There is no easy and quick romance here. Rather Christie offers a gentle exploration and an at first tentative search for Ash, and then, finally, a joyful coming home and coming out.