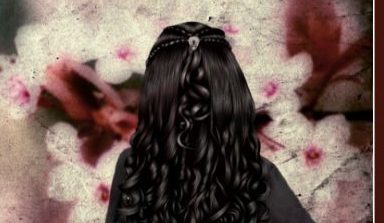 Welcome to the inaugural review for Lesbian Fiction: Under the Radar! There are loads of wonderfully written lesbian novels that are self-published or published through small publishing houses. Unfortunately, it can be a struggle to find them. That’s where we come in. Each month, we’ll feature a book that we think readers will enjoy but that will probably not receive much exposure. Our March pick is A House of Light and Stone by E. J. Runyon.

We’re introduced to DeFoe “Duffy” Chavez as she, her mother Rennie, and her siblings celebrate Christmas, along with Mr. St. John—the social worker assigned to help her family. Duffy and her brothers and sisters have been reunited fairly recently after being separated from their mother, and each other, because they were placed in foster homes. Through Duffy’s touching, intelligent, and sometimes emotionally difficult narration, we are taken through just over a year of this young person’s life.

We immediately became very invested in Duffy and in her quest for happiness, and it was impossible not to root for her. This was largely the result of the masterful use of first-person point of view (POV) by the author. The POV is an interesting mechanism for this story, as we saw the world through Duffy’s eyes. What she observed and experienced and learned, we did too. And we truly felt as though we were right there with her, except we wanted to hold and comfort her but couldn’t. Although this POV choice meant that a detailed account of the mother’s background was not outwardly visible to the reader, Runyon instead used this opportunity to let us piece things together on our own. This allowed Rennie’s character to develop in a more organic way, while engaging us to become part of the story. There were plenty of instances when we, the readers, were able to glean information that Duffy was too immature and inexperienced to understand.

Duffy’s explanations for events and conflicts were beautiful and nuanced in the language of the delivery. There were no instances when we didn’t truly believe we were being told the story by an intelligent ten-year-old girl. The contrast between Duffy’s innocence and hopefulness—compared to her ability to rationalize the abuse and trauma she and her older siblings endured—moved us, sometimes to tears. Readers should be cautioned for possible triggers to mental, physical, and sexual abuse.

A House of Light and Stone by E. J. Runyon is an original, powerful, and well-written book that we highly recommend.