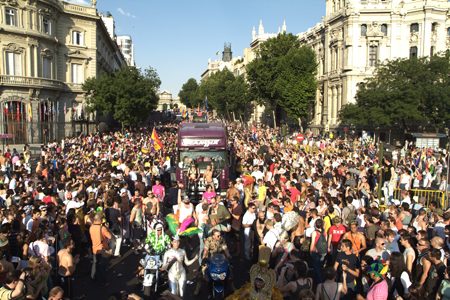 Madrid Pride organisers have barred a group of gay activists from Tel Aviv for the event, because Tel Aviv’s mayor has not apologised for the raid on a humanitarian flotilla headed for Gaza during which nine people died.

Festival president, Antonio Poveda said: “We see nothing wrong with Israeli organisations which are clearly in defence of human rights, taking part privately in gay pride.”

Don’t they know that Islamist fundamentalists don’t just want to finish off Israel, but that they also believe homosexuals should ‘cure themselves’ or die?”