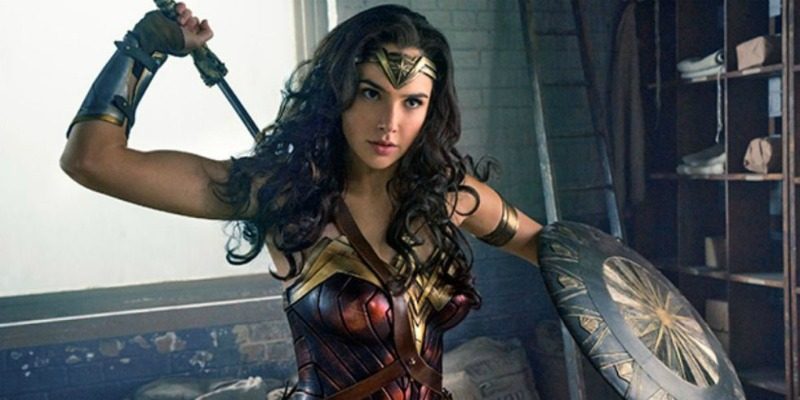 Here’s why this blockbuster is essential viewing.

I have never yet given out five stars in a movie review: the fact that Wonder Woman is currently scoring an incredible 92% on movie website Rotten Tomatoes, is absolutely no reason to break a habit of a lifetime and award a score that, simply put, asserts film perfection.

For the idea of a perfect film, with zero imperfections is quite alien. And Wonder Woman has its imperfections: is far from perfect.

This is an “origins movie”, a category that, broadly, tells how a particular character or, in this case, superhero came to be. The average origins movie is a simple narrative: boy gets bitten by spider, becomes Spiderman; planet explodes, baby escapes, becomes Superman.

Others – Batman, for instance, and Doc Strange – are becoming movies, in the sense that they go beyond physical transformation and into the psychology of the thing: why is Batman such a sociopathic dork? What makes Doc “Strange”?

These are always more interesting and – you guessed – Wonder Woman is very much a becoming movie. The tale of how Amazon princess, Diana, from Themiscyra, an island inhabited solely by women, and hidden away from the mortal world for millennia, leaves her home, comes into her powers and becomes Wonder Woman (Gal Gadot).

We see early days Diana, in the form of a gutsy young girl (Lilly Aspell), eager to become a warrior and thwarted by mum, Hippolyta (Connie Nielsen). Back story is neatly set up with a tale of Diana’s origins as well as how the Amazons were set aside from the world until the return of evil deity Ares, whereupon they will be back once more to do their duty.

The narrative kicks into life with the arrival of World War I, in the shape of drowned pilot and spy Steve Trevor (Chris Pine), plus a bevy of German soldiers who kill a number of Amazons, including Diana’s favourite aunty Antiope (Robin Wright), before being summarily despatched. On learning about the War, Diana decides this means Ares is back and, notwithstanding maternal disapproval, joins with Trevor to seek out the baddy and restore balance to the world.

What follows engages a range of tropes instantly recognisable to moviegoers. The innocent abroad, as Diana learns about the nasty, nasty world out there, discovering both sexism and ice cream. Cute naivety: on encountering women’s clothing 1918-style, Diana innocently inquires of Tseve’s assistant, Etta (Lucy Davis) “But how do women fight in these?”

The band of misfit comrades – a sort of mercenary Village People – that Trevor assembles, including drunk Scotsman and sniper Charlie (Ewen Brenner), Middle Eastern charmer Sameer (Saïd Taghmaoui) and a native American identified solely as the Chief (Eugene Brave Rock). There’s Ludendorff (Danny Huston), the warmonger, as well as the gloriously evil and disfigured scientist (Elena Anaya). There’s plenty of biffing and killing, a plot to blow up London, a betrayal, sacrifice and a spectacular no holds battle between Diana and Ares.

And of course there is the smutty innuendo when Diana gets to see a naked man for the first time in her life.

So, as the man from the Guardian put it, before marking it down to a pathetic two stars and insulting Gal Gadot by describing her as a “weaponised smurfette”: neither original nor particularly feminist? I am not going to link to THAT review here for three very good reasons.

Because he is wrong: utterly wrong and talking out of his liberal menz posterior. Because that review and accompanying superior attitude alone is the reason why women who want to celebrate this film should be demanding women-only viewings. And because, having now seen the film, that review just fills me with rage.

Yes: it is clichéd. In terms of the three questions I asked of it before I saw it, it only ticks about one and a half. No kink (honestly, I never expected there to be). Little explicit Sapphic presence. And a feminism that is about as formed – or uninformed – as you’d expect from mainstream Hollywood.

But here’s the thing that Guardian Man missed: so much of what is brilliant about this film is stuff he would never notice, because it comes to him daily in a package labelled male privilege. After a long and tedious procession of male heroes, this is the first blockbuster led by a female superhero and every day on twitter I am confronted with just how empowering that fact is to women around the world.

It begins with an introduction that celebrates a young girl’s enthusiasm so beautifully it should be compulsory viewing for girls and, unlike the real world, that enthusiasm is not knocked out of her. Diana’s aunt, Antiope, is clear: you can do better and…. believe in yourself!

There is no obvious gay moment: but the Amazon warriors are believable strong women whose relationships clearly hint at more than sisterly love. And there are moments, too numerous to list, where Diana subverts convention. Discussing sex with Steve, for instance, she informs him how she has read the essential texts on the subject and men “are essential to procreation, but not necessary to a woman’s pleasure”. Yay!

There is surprise that Diana – a WOMAN – should be so kick-ass amazing. But, again missed by Guardian man, what is important is that her companions get over it. They quickly realise they are out of her league and leave her to get on with confronting the super-villains.

Elsewhere, she chides moustachioed generals and companions alike for being complacent and cowardly when people are suffering. She is a warrior, but a warrior for peace, imbued with love for those weaker than her.

That, too, was a definite game-changer: because male heroes too often channel old-fashioned conventional tropes of noble warrior and heroic endurance, whereas Wonder Woman brought something very new to the party. Empathy!

So sure. Wonder Woman is flawed, clichéd, imperfect. But it has moments – more than a few – where I found myself shedding a slight tear. Sometimes sadness. Sometimes elation.

Taken as a whole, it is the fact of the film that cuts through and makes the difference. The meta-narrative, if you want to get technical. They finally made a film about Wonder Woman and she rocks.

I have never before dished out five stars for a film.