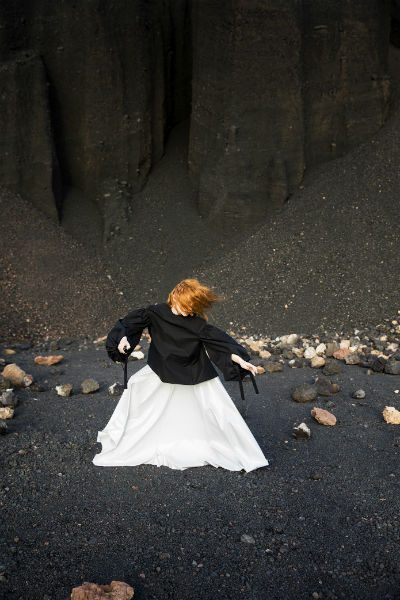 Catch the gorgeous Alison Goldfrapp live in concert this week in Philadelphia and New York! Audiences will be treated to sounds off the duo’s brand new album, Silver Eye, which was two years in the making.

The critically acclaimed album marks a return to dance music but with a new artistic intensity, inspired by Alison Goldfrapp’s passion for the elements and the pagan power of the moon. For the first time, the album features collaborations with maestros of sound, producer John Congleton (St. Vincent), Bobby Krlic aka The Haxan Cloak, David Wrench, and Mute founder Daniel Miller.

Known for their albums Black Cherry and Supernature, and the iconic electropop favorites “Strict Machine,” “Ooh La La,” and “Rocket,” Goldfrapp has created seven stunning studio albums since their debut in the year 2000 with Felt Mountain. Each album is packed with different themes, indelible imagery, eclectic influences from cabaret and folk to disco and electronica.

Alison’s breathy soprano, cinematic lyrics, and videos that range from glam rock to film noir, combined with Will Gregory’s brilliant arrangements have given them a solid following and enduring career success, with variety at every turn.