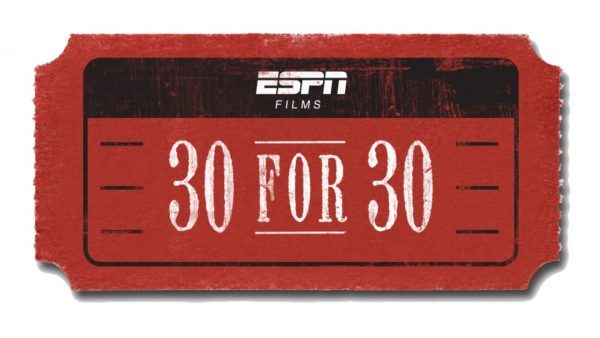 It’s a documentary series featuring 30 individual sports stories, told by 30 different filmmakers, over the past 30 years.

You may remember that Michael Jordan walked away from professional basketball in 1993 to pursue a professional baseball career instead. But did you know how hard he worked in the minors?

Did you know that he improved his batting average by a whopping 50 points over the course of a single season? Did you know that the reason he left basketball was directly linked to the untimely death of his father, and it was the only way he knew how to deal with the grief?

Each documentary that I have watched in the 30 for 30 series has been captivating, unique, inspiring, informative and very entertaining. The filmmakers all possess an uncanny ability of telling the story behind the story, and giving an in-depth view that reaches far beyond the average sports headline.

Last night I watched a documentary called, Unmatched. It highlighted the heated tennis rivalry between Chris Evert and Martina Navratilova. I always knew about their rivalry, and that they were the greatest women tennis players in the world during their respective careers.

But I had no idea that they essentially grew up on the tennis court together, becoming lifelong friends despite having to face each other in almost every major tennis tournament 80 different times. And when Navratilova was the number one ranked player in the world (finally surpassing Evert), she came out of the closet.

Most of the tennis world vilified her. But Evert was there to support her through it, telling her how much she “admired her courage.”

Here’s a snippet of the documentary:

No two athletes have met in as many matches or world championships as Chris Evert and Martina Navratilova. While Ali fought Frazier all of 3 times and Borg faced McEnroe a total of 14 times, Evert and Navratilova met on the tennis court 80 times over the course of 16 years.

The individual narratives of these two star athletes who carried women’s tennis through the 1970s and 1980s could stand on their own as significant sports stories in the past 30 years. However, what is truly amazing is how two fierce competitors who provided fans with some of the most memorable moments in the history of tennis could simultaneously forge such a strong and lasting friendship, bonding them to this day.

These kind of “behind the scenes” sports stories are exactly the reason why I love sports. Beyond the competition, beyond the superstardom, and beyond the love of game — there is always a story.