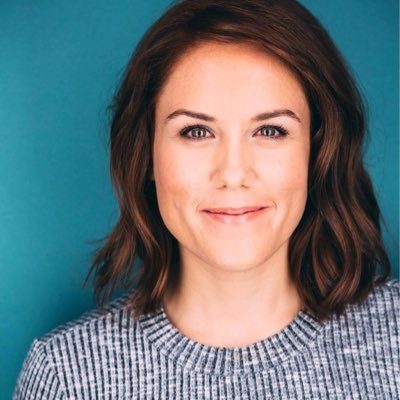 Blank My Life: Goodbye New York, Hello Hell follows the new life of Susan, an out of work, bi-curious, New York millennial, who relocates to Ohio with her current boyfriend after the death of her best friend, Brendan.

In the small town of Socksville, Ohio, Susan scores a new job, a new girl to crush on, and begins to see a better life on the horizon, outside of New York.

Little does she know that Brendan’s ghost traveled along with her to haunt her every move.

Blank My Life: Goodbye New York, Hello Hell is a surreal comedy about small towns, literal ghosts, and the secrets we keep to leave the past behind.

Creator and Writer Alex Spieth is back as Susan, with Benjamin Viertel as her dead best friend, Brandon. The series also features Randy Kovitz (George A. Romero’s Dawn of the Dead , The Fault in Our Stars) , Donald Chang (UCB), and (rebeca) Rad .

Blank My Life began in 2015. The first season was hailed as “a unique and personal take on the ‘New York apartment comedy’ drama” and was featured on Jill Soloway’s internet platform as well as IndieWire’s project of the Day.

The second season was featured at New York Webfest and Brooklyn Webfest. Season Two streams on BRIC TV and was honored as a finalist at the Brooklyn Free Speech Awards.