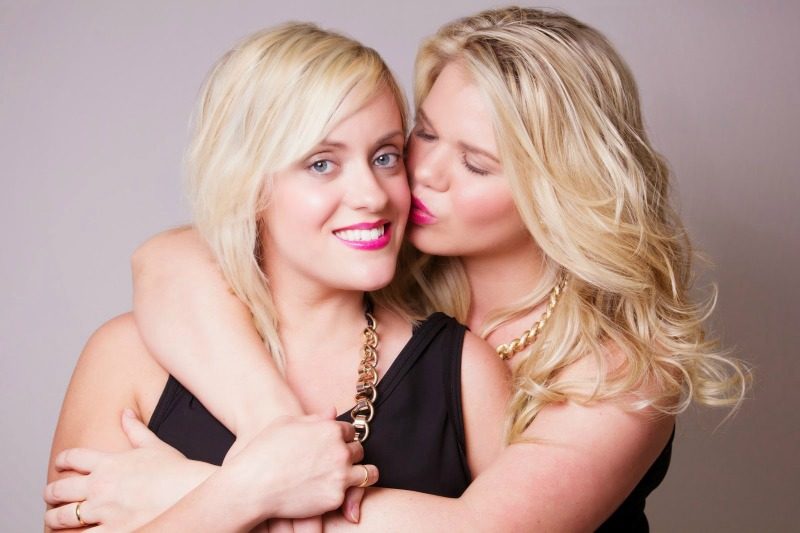 Just one year after YouTubers Whitney Bacon and Megan Evans (also known as Wegan) launched their dating site for feminine identified LGBTQ women, they have their first engaged couple.

Lauren Harrington and Bekah Hynds met last year through Find Femmes. Bekah made the first move, spotting Lauren’s profile on the site before plucking up the courage to get in touch.

She confesses, “As cringe as it is, I messaged saying ‘Hey, I’m going to be straight up honest with you, I think you’re beautiful. And would like to get to know you.'” It was “one of the scariest moments” of her life but luckily Lauren felt the same. From then on, the pair were in contact almost everyday, texting, speaking on the phone and having lengthy FaceTime video chats.

If it wasn’t for Find Femmes, I wouldn’t have met Bekah.”

When they met face to face later that year, they hit it off immediately. Bekah admits, “We instantly acted like a couple, and everything was perfect.” A year later they planned a romantic trip to Paris to celebrate their first anniversary and Lauren proposed to Bekah under the Eiffel Tower.

Bekah remembers, “I was speechless and of course didn’t hesitate to say yes, because all I ever wanted was her. It was the most amazing, fairytale, romantic weekend I could ever imagine. It couldn’t have been more perfect.”

Lauren is overjoyed to have found Bekah, explaining, “Something about our relationship felt very different. It felt special and exciting, something I’ve never really felt before.”

Before meeting through Find Femmes, both Bekah and Lauren had found dating difficult, often having a hard time convincing women in gay bars that they were gay too. Bekah also says that, “Online dating wasn’t the best due to the website also having guys on, and they could somehow still message you creepy things.”

That’s why discovering Find Femmes was so fantastic for them both. Lauren enthuses, “It’s perfect for femme lesbians to find other femmes and the website is very easy to use and understand. It brings people together whether that’s relationships or just friendships. If it wasn’t for Find Femmes I wouldn’t have met Bekah.”

Co-founders of Find Femmes and civil partners, Whitney and Megan are thrilled about their website’s first engaged couple: “We are absolutely over the moon to know that we have helped such a wonderful couple as Bekah and Lauren to find a love for life so quick.

Our goal with setting up Find Femmes has always been to help the femme community easily find love, so it’s great to see that become a reality. We were so excited when Lauren contacted us to let us know she’d be proposing to Bekah in Paris, and we wish them a lifetime of love and happiness.

We also have another couple recently celebrating their one year anniversary, so as time goes on, we’re excited to see how many more couples find love on Find Femmes!”