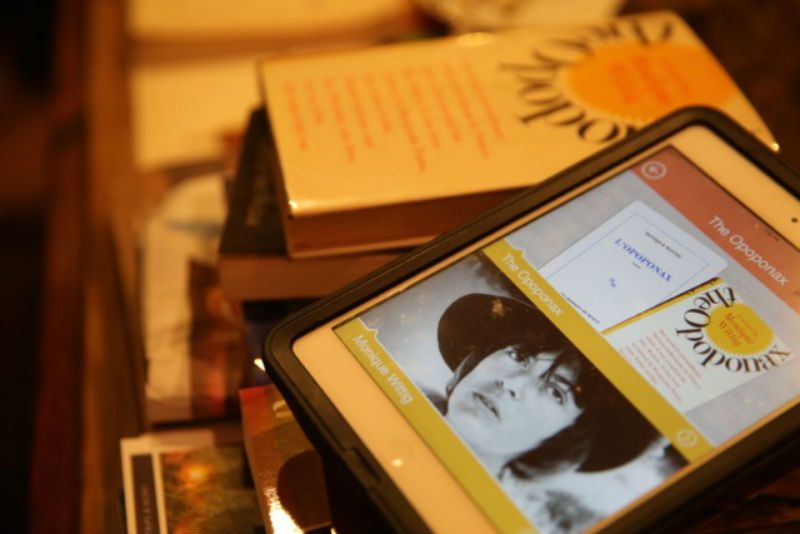 If you fancy yourself an intellectual or you’re a fan of French feminists, from Simone deBeauvoir to Julia Kristeva to Helene Cixous to Monique Wittig, then this app could be for you!

This app offers an in-depth look at Monique Wittig’s groundbreaking and Prix Medicis award winning publication L’Opoponax, and offers exclusive content, interactive features, interviews and pictures. If you’re wondering whose creative brain this app came from, it was developed by Wittig’s partner and collaborator, filmmaker Sande Zeig, is now available for free at the App Store.

In 1978, in a statement that was very controversial at the time, Monique Wittig shocked the audience at the Modern Language Association convention when she declared, “Lesbians are not women.” She was referring to the heterosexual norm that defined women, and saw lesbians as free of those constructs. (You can read more about this and the “heterosexual contract” in her book The Straight Mind.) What might seem obvious today was not obvious then and Wittig fearlessly shifted the feminist debate away from hetero norms and into new queer territory.

The app includes videos and print interviews with Wittig, along with exclusive photos, sketches, articles. While using the app with other users to discuss Wittig’s work and explore new ideas. The Opoponax app also allows you to access essays about Wittig’s work by new wave feminists and literary scholars.