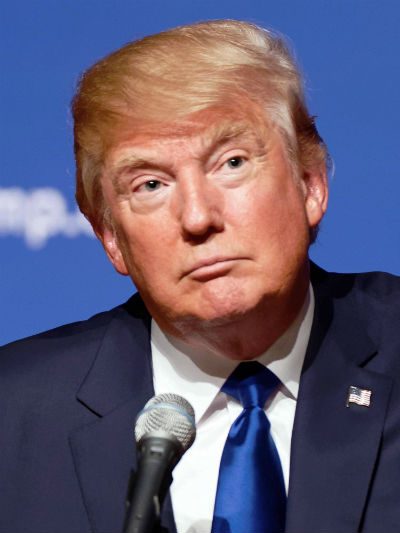 Now that it’s happened, how do we weather the storm?

The futures of many minority groups and disadvantaged communities are in the balance more than ever. The only way to not only survive but potentially thrive during a Trump presidency is to rely on the common good and intersectional values that bind us all together. There’s not many paths forward; this is the only one.

Right now is not a time to blame one side or another. I’m sure we’re all still in our different stages of grief. Personally, I’ve accepted the outcome of our election despite all the obvious evidence, to see that Donald Trump’s victory was intentionally driven and affected by a multitude domestic of and foreign organizations that stand to gain from his presidency. All of whom are driven by their own agendas. Russia. The Alt-Right Movement. The FBI. The CIA. Big Oil. The Republican Party. Our news media (not all, but some).

The amount of criticisms and fears we have about Donald Trump are not going to go away. Ever. For one, he has shown to those of us in the majority (the majority of Americans who are Democrats or who voted for Hillary Clinton) nothing to this point that suggests that he will be less dangerous than what many of us already thought. The obvious we know…the ego, the petulance, the misogyny, the bigotry, the cheap scam artist tricks that have duped and will ultimately disappoint millions of his followers.

Then there’s the smallness of his character, which is on view every single day via his Twitter feed. The man simply can’t let a slight or criticism go by without feeling the need to respond. He has turned the position of “Leader of the Free World” into “The Apprentice” where Trump toys with people and pits them against one another for his own enjoyment. It’s all a big production. It’s all about the drama. Nothing he says is real until it is. But it’s subject to change at any given moment. Members of his staff have said not to take him literally. His followers take him seriously, but not literally.  Okay…

Let’s hope that goes over well in Beijing.

We have seen this act before.

Maybe not in the U.S. but in other countries, there are leaders who carry on like Trump does. Some people go to the obvious worst examples in our collective memories…Hitler, Mussolini, Stalin. I would never rule anything out, but I doubt things will ever get that bad (I hope).

What I do think we have with Trump is somebody who doesn’t necessarily plan to kill anybody, but rather wants everything to be about him in a way we have never seen before. He is a cult-of-personality leader. The most accurate comparison I’ve heard made is to Silvio Berlusconi, the former longtime Prime Minister of Italy. The personality traits, the personal histories of the two men are very similar. I lived in Italy during the time of Berlusconi’s long reign.

I remember reading the soap opera headlines featuring Silvio in the daily papers. First off, Berlusconi and Trump both have had a mastery over the media for years. Berlusconi had an advantage given that he actually owned many of the nation’s news outlets, which tends to make it easier to control the message. But nevertheless, Trump’s ability to use the media to his advantage cannot be underscored. He’s a media creation.

This is not a recent development either. Much of his business career for the last 25-30 years has relied less on actual bricks and mortar and more about building the Trump brand. The Trump brand is really what pulled him out of bankruptcy, scored him the lead role on a network TV show, put his name on consumer items like men’s ties and provided him a launching pad to the presidency.

To the discredit of many people in the media, they bolstered his image not only as a billionaire, but as a symbol of mainstream success. Despite all of the scandals, bankruptcies and gross misdeeds committed by this man, somehow he’s always gotten a pass. Sure, Trump questioned the legitimacy of President Obama as the leader of our country. Sure, he’s kind of a whacky, egotistical guy who says misogynistic things on a regular basis. He got into a Twitter war with (insert name). But…he’s entertaining, right? He drives ratings? And isn’t that all the networks care about?

Underneath it all, like much of who he is, there isn’t a lot of substance or core value behind many of the things he has said or done in the past or present politically. He is a bigot and a gross misogynist. And likely a sexual predator. There’s no question in my mind about any of that. But even when it comes to his worst instincts, his convictions are pliable to whatever action will garner him the most media coverage on any given day. What will indulge his ego and benefit him the most (financially or otherwise) is typically the greatest concern to our President Elect. He doesn’t have time to review daily security briefings, but he has time to do a victory tour. That says it all right there.

Even when he does something that is perceived to be good, like collecting donations for military veterans or saving some jobs from leaving the country, there’s always a catch. Nothing is as it seems. Donald Trump would have a meeting with the KKK in the morning and the NAACP in the evening if it benefited him in some way. That’s who has been chosen to run our country. He’s going to lead us in whichever direction the wind blows him. The media have been to this point, and will continue to be, his north star.

And what moves the needle the most for cable news? Breaking news. Somewhere along the line, cable news outlets realized that continually flashing “Breaking News” in bright red letters in front of our television screens ups their ratings significantly.  Whether it be for a plane crash, a hurricane or just whatever ridiculous statement Trump releases on his Twitter feed, it’s all breaking news. Trump has proven to be a reliable source of breaking news. He’s good for about two to three erratic and offensive things to be said in a given week. I don’t think that trend is going to change once he’s in the White House.

Not all of the media is to blame for this.

Many television commentators, opinion writers and journalists have tried to do the right thing. They’ve held him to account. They unearthed many of the terrible things he has said and done over the years. In the end, it didn’t make a big enough difference, unfortunately. Even when Trump has been on the ropes, he has found a way to slide out of the proverbial corner.

When journalists have criticized, and pointed out untruths in the things he says and does, he responds by calling them corrupt and biased, which is a narrative many people believe to be true. When the talking heads on TV discuss the points and counterpoints of one his ideas that he floated out on Twitter that day, he uses that to guide his decisions. Sometimes intuitively, sometimes counter-intuitively to whatever people are saying about it, just to get a further rise out of people.

For those who voted for him, he is beloved. He’s a man of the people. A billionaire who would normally squash most of those who voted for him if it meant an extra few dollars to his bottom line. Instead they love him for it and will likely say “yes, please, may I have another,” even after he makes their lives fundamentally worse off than they were before. And make no mistake, things are going to get worse.

He may have very few core policy beliefs, but the people around him do. His acolytes, tapped for primary positions in our government, largely represent a scarier and murkier swamp than the one he promised to drain. They are the who’s who of the Alt Right movement (racists), Neocon war hawks (war junkies and profiteers), social conservatives (homophobes and misogynists) and free market theorists (people who want to take away your Medicare and Social Security and strip regulations). For liberals, they represent a perfect storm of everything we stand against.

Speaking of perfect storms, Trump’s ascension to the Presidency was not as unlikely as many of us thought. The conditions were ripe for a perfect storm, weren’t they? Just like the melting of the polar ice caps have led to serious and permanent changes to our climate, the warning signs were there for Superstorm Trump too. Some of us just didn’t want to see it for a while.

Superstorm Trump crashed onto the shores of our nation in a way that few of us in our metropolitan ecosystems ever thought would be successful enough to win. We were wrong.  I was wrong.  I am one of President Obama’s fiercest and most passionate supporters you’ll ever meet, but he was wrong about something he once said that we all wanted to believe. We are a collection of red states and blue states. As aspirational and inspirational as his 2004 speech was, the truth is that despite his election victories in 2008 and 2012, his political talents were what helped him largely overcome a severely divided electorate. This divide has only grown and become more obvious over the years. We are a nation divided.  We are two countries sharing the same space. Trump’s election was a byproduct of that.

So, what now?  How do we stop Superstorm Trump from ruining our communities and homes? How do we handle our Silvio Berlusconi, our future President who will do his best to be unpredictable and play with our emotions? Well, we first off need to stick together. We remain united and consistent in our message. We haven’t done that so far. At times, we’ve been too busy pointing fingers at each other.

Okay…enough already. No more excuses why we didn’t win. No more excuses why Democrats are a minority in Congress. No more pointing fingers or second guessing.  What happened in the past is over and done with.  What we must do more than ever before is unite. For anybody who didn’t vote for Trump, whether you voted for Hillary or not, we must unite behind one cause.  And that cause is against Donald Trump.

The bonds that bring us together must be rooted in our intersectional values to fight against many of the injustices that will befall us over the coming years. When something hurtful is being done to one of us, it is being done to all of us. Human rights don’t see race, religion, gender, sexual or gender identity. We’re all human. We must unite with a spirit of compassion for one another and resist against the actions that Trump’s cronies want to take. He wants to pit us against each other. It would make it easier for him that way.

I’ve been heartened by the protests that have taken place so far. I hope they continue over the coming months and years. I hope that fight is more importantly taken to ballot boxes all across the country in two years. At every level of government. From school boards to U.S. Congress, we need to take action. We need to be resistant and intolerant.  Intolerant of intolerance. Only way to do that is to unite so that we can resist and counter punch against Trump. Trump will likely extend himself too far. In 18 months, I could see an opening for us to regain some power in our government, but we have to do it together with a common cause and common empathy for each other.