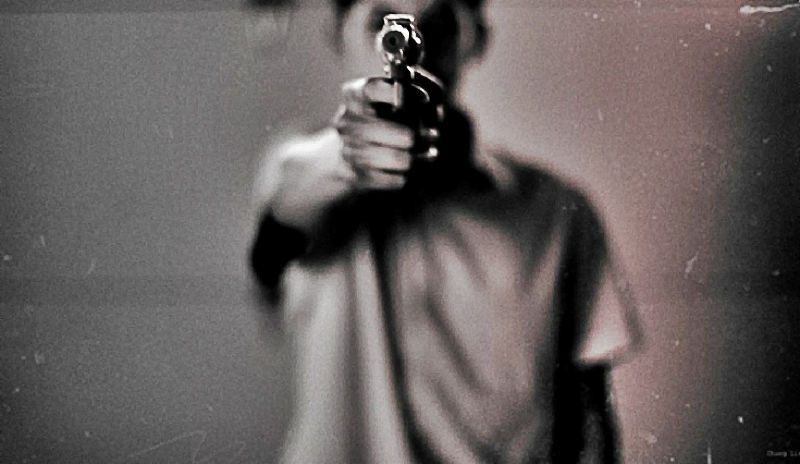 Guns Are a Women’s Issue

Guns Are a Women’s Issue

Like millions of other Americans, I start my mornings with news. My local news station goes on at 5:30a.m., NPR goes on at 6a.m., then at 7a.m. I flip among the morning news shows on ABC, CBS and NBC. In between I scroll through my Twitter feed to see what else is happening in the world.

August 26 is Women’s Equality Day, the anniversary of when American women got the vote. It’s been 95 years since the vote made us less unequal than we had been. Suffragists had worked for more than 70 years to gain this most vital of rights and some had even died for it. My own maternal grandmother was a teenage suffragist who had chained herself to the White House fence in her white dress a few years before the vote was won.

I had been thinking about Women’s Equality Day and the work of women like Susan B. Anthony, Elizabeth Cady Stanton, Lucretia Mott, Sojourner Truth, Angelina and Sarah Grimké–white and black women united in a common cause: equal rights, equal say.

There was nothing on Twitter about Women’s Equality Day. Nothing about our foremothers, about the women who did so much to gain for us what they saw as the gateway to freedom.

I was still thinking about how much more we have to accomplish, how elusive a female president seems, how under-represented we are in positions of power.

Only six of the 50 states have female governors.

Only 24% of state legislators are women.

Only 18% of mayors of cities over 30,000 people are female and only one of those is of a top-ten city, Annise Parker, mayor of Houston, who is also a lesbian.

Only five percent of CEOs of major corporations are women. Only three U.S. Supreme Court Justices are female and one will likely retire in the next year or two.

I was thinking about all the women I am seeing on Twitter saying they won’t vote in the 2016 race because they don’t like the candidates, as if ceding the vote so many women worked so hard to get and risked their lives for was equivalent to deciding not to go to the mall.

I was thinking about these things–these feminist things–when the news broke that a female reporter and her cameraman and the woman being interviewed had all been shot, live, on air, in Roanoke, Virginia.

Alison Parker, 24, a reporter for ABC affiliate WDBJ-TV in Roanoke and Adam Ward, 27, her cameraman, were shot at point-blank range by a former reporter from that TV station, Vester Flanagan, 41, known on-air by the name Bryce Williams. Parker and Ward both died at the scene. Vicky Gardner, who Parker was interviewing, was also shot, but after surgery for her wounds was expected to survive.

Flanagan had been fired from the station in 2013 after a series of incidents and erratic behavior. After the shooting, he posted photos of the shooting on his Twitter and Facebook pages. He said he was “a powder keg waiting to go BOOM!”

Flanagan sent a 223-page suicide note/manifesto to ABC News in which he said the hollow point bullets he used to kill Parker and Ward had their initials on them. Flanagan, who is black, said he was pushed over the edge by the Charleston Church shootings and bought his gun two days after those killings.  He said he was “ready for a race war.” He also expressed admiration for both the Columbine school shooters and the Virginia Tech shooter.

Flanagan filmed the shootings of Parker and Ward, posting photos on both his Twitter and Facebook pages.

He later crashed his car and shot himself in the head. He was pronounced dead at a Virginia hospital.

In an interview with 6ABC reporter Monica Malpass, President Obama said, “The number of people who die from gun violence in this country dwarfs any from terrorism.” Yet, Obama said, the U.S. is willing to “spend trillions of dollars” on terrorism, but not on gun violence. Obama said “it breaks my heart every time” he reads or hears about mass shootings.

I live in the fifth largest city in America. There are five million people in the metro area. Philadelphia is known as the “city of brotherly love and sisterly affection.” It is the “birthplace of Liberty,” because both the Declaration of Independence and the Constitution of the United States were crafted and signed here, as was the Bill of Rights. Philadelphia is our nation’s first capital.

But Philly also has the regrettable moniker of “Killadelphia” because we have more gun murders per capita than any of the other top ten most populous cities in America and this year may actually have more murders than New York City, America’s largest city. On August 13, the Philadelphia Police Department released the numbers of shootings thus far in the city: 692.

Ironically–or maybe not–even as I wrote this piece, I heard gunfire, then sirens. When the news came on an hour later, the lead story was the Virginia shooting followed by the one in my neighborhood—a mere block and a half from my house. It was one of five that night.

I am not the only woman in America in the center of gun violence. Women are killed every day in this country by guns and are the most frequent victims of mass shootings, more than half of which are what the FBI calls “family annihilators”–men who kill their families and then either commit suicide or flee.

On May 23, 2014, Elliot Rodger, a college student, killed six people and injured fourteen others in Isla Vista, California, near the campus of University of California, Santa Barbara, before committing suicide. The majority of his victims were women and he had posted a manifesto about his desire to kill every woman at a local campus sorority and posted a YouTube video making the same assertions.

Dylan Roof, 21, the killer in the Charleston church shootings, murdered 7 women and 2 men and wounded others. He purposefully chose women at prayer as his victims. The only two men in attendance were the nephew of the oldest victim and the church pastor, both killed trying to protect the other victims.

On July 24, Mayci Breaux, 21 and Jillian Johnson, 33, were killed by John Russell Houser, 58, who opened fire in a Lafayette, Louisiana movie theater showing feminist comedian Amy Schumer’s movie, “Trainwreck.” He also shot nine other women. (There were only 25 people in the theater at the time of the shooting.)

Houser had a long history of violence against women and had said as a call-in guest on several radio programs that feminists were destroying America. Like Flanagan, Houser attempted to flee police, but ended up taking his own life.

Why are so many women murdered at work? In a third of cases, women are targeted by intimate partners at their workplace. But women are also far more likely to work in jobs that put them at risk: as clerks in stores and in health care, where their jobs can put them at risk from violent patients. All the murders of women in 2012 at the workplace fell into these categories.

The fact is, women are at risk from violent men. Lesbians are at risk from violent men. Last year Britney Cosby and Crystal Jackson were both murdered in Texas by Cosby’s father, James. They were only 24. Mollie Olgin was murdered and Mary Kristene Chapa left paralyzed and brain damaged when they were abducted, raped and shot in the head. The list of murdered lesbians is long and the perpetrators are the same: men.

After the Sandy Hook shooting of six women teachers and 20 first graders in December 2012, Ellen DeGeneres became an outspoken activist against gun violence, speaking out in a Public Service video. DeGeneres dedicated an episode of her daytime talk show to the Sandy Hook victims and to anti-gun violence, saying “my heart is broken for those families and all the people of Newtown.”

At some point we must say that enough is indeed enough.

I have bullet holes in my living room and dining room windows. Last spring a man was shot to death in front of my house and his body lay in the street for hours while police investigated the crime. We talk every day about terrorism in America, but we only pay lip-service to gun violence. Yet it, not terrorism, is all around us, threatening us hourly.

More guns do indeed mean more murders, statistically. States with stricter gun control laws have fewer deaths from gun-related violence. But with more than a half billion guns in the U.S., killing with a gun is the overwhelming choice of murderers.

With an election on the horizon next year and more than 20 candidates running for president, isn’t it time we held someone accountable for all this killing?

I think so. The President thinks so. The families of dead and maimed victims like Congresswoman Gabby Giffords think so.

No woman should have been murdered in America on Women’s Equality Day. Yet more than 20 were. We can stop the violence or we can look the other way and just pray that tomorrow it won’t be us who is the next victim.