Anti-LGBT laws are trending in America.

It’s a bad time to be a lesbian in America.

It’s hard to even find news outlets that will say the word lesbian: that’s how erased lesbians are these days. Violence against lesbians is still under-reported. Erasure is de rigueur: When the man who on March 13, 1964 tortured, raped and murdered Kitty Genovese, one of America’s most famous murder victims, died in prison this week, the case was discussed widely in the news. But Genovese’s lesbianism was not mentioned, nor did anyone seek a comment from her then-partner, Mary Ann Zielonko, now nearly 80.

Lesbians face increased levels of discrimination in employment and housing. The personal lives of lesbians are under legal threat with child custody battles and firings after marrying. The Employment Non-Discrimination Act (ENDA) has languished in Congress since 1994, no closer to being made law than it was more than 20 years ago. 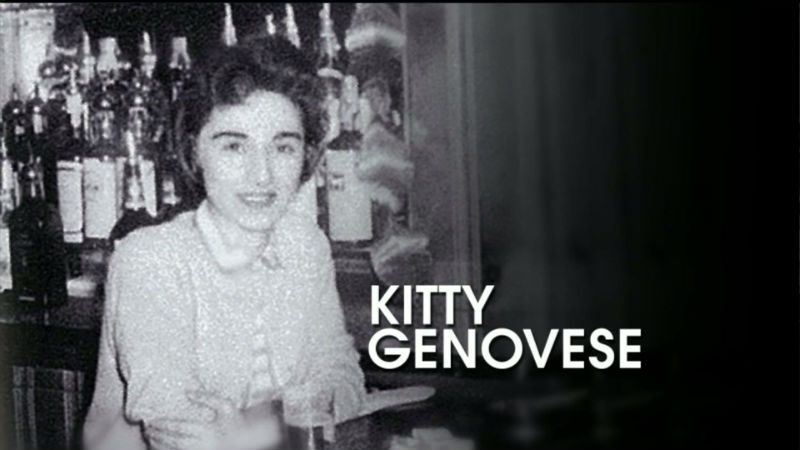 Lesbians are in limbo when it comes to legal protections. The climate for lesbians got a lot worse over the past week as anti-LGBT legislation was passed in Georgia, North Carolina and on April 5, Mississippi.

While the nation was immersed in ongoing election drama, these states have focused on setting LGBT civil rights back decades, with limited mainstream media attention. These laws gain cover as “religious freedom” legislation with the encoded language of the bills asserting the importance of maintaining heteronormativity.

The backlash against Georgia and North Carolina was swift from corporations and other entities, but it’s the Mississippi law that is most prohibitive and most alarming where lesbians are centered.

Republican Gov. Phil Bryant signed the bill on April 5 after it passed overwhelmingly in the state legislature April 4. Bryant said he was protecting religious freedom–those lesbian and gay couples planning weddings are damaging family values, according to Bryant, and he wants businesses protected from having to accommodate such couples. Or let lesbian and gay couples be in public places. Or…well, the bill practically results in a quarantine of lesbians and gay men from accessing any businesses at all in the state. All religious institutions are protected from having to serve any lesbian or gay couples, as well.

The bill–which was opposed by LGBT rights groups as well as two Mississippi business associations–allows both religious groups and private businesses to refuse all services to LGBT people based on religious beliefs. All religious institutions are protected from having to serve any lesbian or gay couples, as well. The Mississippi law is so far-reaching that it also disallows municipalities from passing their own ordinances to subvert the law. Bryant said in a statement that he signed House Bill 1523 because he wanted to protect “sincerely held religious beliefs and moral convictions of individuals, organizations and private associations from discriminatory action by state government or its political subdivisions.”

Rep. Andy Gipson, R-Braxton, a lawyer and Southern Baptist minister who sponsored the bill and helped to push it through the state House, said under the law, “people can not only believe what they believe, but act in accordance with their beliefs and not violate their conscience.”

The law will take effect on July 1.

It’s not just the trend–three laws in a week (a fourth was vetoed in South Dakota) marks a disturbing onslaught against LGBT people. But with the Mississippi law, the focus on lesbians is definitive and worrying as the law appears to target women first, even suggesting that women can be fired for wearing pants, since some fundamentalist religions believe women must be dressed modestly and in gender-stereotypical attire. (How many butch lesbians wear dresses to work? Even Hillary Clinton, running for president, has only been seen in skirts a handful of times in the past decade–twice at formal White House occasions, President Obama’s inaugurations and then at her daughter Chelsea’s wedding.)

While the Mississippi bill was still being debated in the state legislature, some corporations were reacting to the North Carolina law. Pay Pal announced it was rescinding plans to open a global operations center in Charlotte due to the new anti-LGBT law there. Pay Pal had previously pledged to invest $3.6 million in the center with at least 400 new jobs next year. In Georgia there was intense blowback from locally based multinational corporations like Disney and Coca-Cola as well as from major pharmaceutical companies in Research Triangle Park, North Carolina. In Mississippi, Tyson Foods, MGM Resorts International, Nissan and Toyota, all of which are major employers in the state, raised objections. But all are so firmly entrenched, it’s unlikely they would decide to pull out existing operations. As conservative legislators know, the South is a hub for many corporations because they can and do pay workers less than their northern and western counterparts.

But what about Mississippi and what about the trend? For those who argue you can always get a wedding cake anywhere, the breadth of the Mississippi law is stunning and so far-reaching it could actually put LGBT lives at stake: Imagine a lesbian calling a suicide hotline only to have the person on the other end refuse her service? Imagine a lesbian seeking medical care and having the health professional argue religious rights to refuse?

Other possibilities are more likely and more likely to start happening July 1. Public accommodations have always been the most easily rescinded of all rights to LGBT people. Restaurants, bars, hotels, car rental services–you name it, the service can be denied. Even a local Mom & Pop grocery store could say thanks but no thanks to LGBT business.

The law is, in essence, the right to discriminate. It’s not like anyone has to prove they are even people of faith–they just have to say so.

They can say no to quite a lot, too–it’s a long list.

The worst aspect of these laws is that there’s little recourse–which Republican lawmakers like Bryant know. LGBT people can file lawsuits, but few have the financial resources to do so and the ACLU, Lambda Legal, National Center for Lesbian Rights and other civil rights organizations are pushed beyond their limits as it is with cases already in litigation.

These bills have surfaced nationally in reaction to the U.S. Supreme Court decision in June 2015 legalizing same-sex marriage. Many states balked at the legalization. Kentucky records clerk Kim Davis became notorious for her refusal to issue marriage licenses . Mississippi was the last state to allow same-sex marriages and some counties have continued to resist granting marriage licenses.

Another way the Mississippi law penalizes lesbians and gay men is by narrowing the definitions not just of marriage, but of sexuality to heterosexual coupling. Under those restrictions–which contravene the 2003 SCOTUS ruling of Lawrence v. Texas as well as Obergefell v. Hodges last summer–a lesbian couple who previously lived together could have their children taken away if they were not married.

It’s Draconian and the breadth has yet to be felt. But what remains clear is other states could–and likely will–continue to threaten LGBT people with such action. Even in a cosmopolitan city like Houston in the country’s second most populous state the HERO (Houston Equal Rights Ordinance) was resoundingly defeated last November. The law didn’t just protect LGBT people from a range of discriminatory actions, it also protected pregnant women, people of color, teens. The hate is out there and we continue to be the focus. When all three of the Republican contenders for president have expressed anti-LGBT sentiments and also their interest in overturning marriage equality and imposing greater restrictions on LGBT people, this is not mere rhetoric–it’s LGBT lives at stake.

Today it’s Mississippi. Tomorrow–who knows. Hate emboldens hate. When it is framed within the rubric of religious tolerance, the lines become blurred for many. And lesbians–our families and our lives–can very easily be erased.