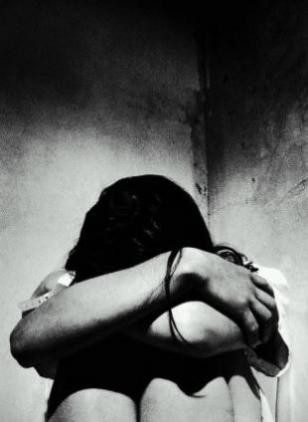 The season of being silenced.

It’s supposed to be the time of togetherness and comradery and of course, family, but for many lesbians the holidays are when we are most invisible.

Our families of origin have often rejected us and those of us who have been raised in religious households may feel the conflict between those religions and our sexual orientation most profoundly during the holidays.

Can a lesbian be in temple or church with her religious family–or not–without feeling ostracized?

The holidays are also the time–coming at the end of the year–when we take stock and think about what we want to change for the new year.

The story of lesbians and the season of silence is the story of our marginalization and our invisibility.

And yet I can already see some typing comments objecting without reading further. “But my family accepts me.” “Everything’s great at my job.” “I’m out in my dorm and on campus.” “I just go to church on Christmas and it’s fine because the new pastor doesn’t talk about gays.”

Fantastic for those of you who are not facing discrimination or silencing. You are a fortunate minority. But the majority of lesbians are struggling daily with the weight of lesbophobia, lesbian erasure, silencing, discrimination, violence which even if it doesn’t touch you personally right now, could at any time.

These aren’t random issues–they are part of our culture, ingrained in our legal system. Lesbians are outliers, sexual and social outlaws, whether we want to be or not.

Our images are rarely reflected in the popular culture but this time of year it’s even worse.

Holiday-themed TV shows or even advertisements display heterosexuality on a grand scale throughout the holiday season. Never seeing ourselves in popular culture is–whether we are aware of it or not–painful.

That pain is evident on social media. Lesbians crying out for recognition even as others reinforce just how invisible we really are. I’ve witnessed so much crying out for someone to realize how hard it is to live life on the margins as the days count down to Christmas.

One woman asks if anyone else is being shut out of their biological family at the holidays and a dozen women reply that they are within literal seconds of her tweet posting.

A butch lesbian laments never having seen representations of herself in popular culture and other lesbians join in.

A conversation among a group of straight feminists jokes about “femmephobia,” and how apparently anyone can “make up” a new oppression to be part of “the oppression sweepstakes” and not one lesbian speaks up about it–myself included.

Lesbians are so invisible, so easily dismissed as both individuals and as a group that even our own families and our self-proclaimed allies inadvertently contribute to that invisibility.

Quite simply, it hurts.

How do lesbians answer invisibility when we aren’t the ones responsible for our being shoved to the margins?

The femmephobia jokes really rankled. Just last week I’d been having a conversation with a black South African lesbian friend about the way femme lesbians are presumed to really be straight and as a consequence are harassed constantly by men.

In the nation that leads the world in corrective rape and hate-crime murders of lesbians, with literally dozens of corrective rapes occurring every month, this South African lesbian was living with the perils of invisibility and that “femmephobia” my other straight feminist friends were having such a laugh over.

It could get her killed.

Males joke about lesbians & women needing cock. Meanwhile in South Africa, lesbians are locked in bedrooms, to be raped into heterosexuality

I felt a surging rage for all the lesbians who have been dismissed by even our allies. I thought about explaining to these women–several of whom I know and like and correspond with on social media–how difficult it is to navigate between the straight and gay worlds because of stigma and discrimination.

I thought about saying, yes, femmephobia is real and explaining how straight perceptions of what a lesbian was and what she should look like had damaged our brand as it were–making lesbians who didn’t juxtapose gender stereotypes like butch lesbians do “suspect” to both other lesbians and straight people and pitting lesbian against lesbian, lesbians against straights.

I thought about explaining for the bazillionth time that lesbians are women, that lesbians are feminists, that straight feminism really needs to stop marginalizing lesbians and remember that we exist, that our very lives are at stake, but it was just too exhausting, too much.

And so I remained silent.

This is the bottom line: we are worn down by our losses as lesbians.

Discrimination is the shadowy backdrop to our lives that is always there, regardless of whether we are blissfully happy or deeply sad.

We live within the confines of double, triple, quadruple oppressions–oppressed as women and lesbians, as women of color, as poor women, as disabled women.

It’s a lot to carry. Is it any wonder so many of us feel unseen at the holidays when there is not a single representation of our lives among the Hallmark card/Norman Rockwell sentiments in advertisements and holiday-themed TV shows or even within our own families of origin where if we are out of the closet we are often asked to “tone it down” when going home for the holidays or where if we aren’t, we have to put on a mask to deal with the people who should care about us most and want to embrace us always, no matter our differences.

The sheer welter of these issues can be and often is overwhelming. Black radical lesbian poet and essayist Audre Lorde is my go-to when I despair over marginalization. There seems no aspect of lesbian life she didn’t write about or give a talk about or publish a poem about. She wrote about the confluence of these issues of marginalization and invisibility and self-silencing on a regular basis.

She spoke about what it meant to be a black lesbian in straight white America. In a now-famous speech she gave on Lesbians and Literature to the Modern Language Association titled “The Transformation of Silence into Language and Action,” she says, “What are the words you do not have yet? What do you need to say?

What are the tyrannies you swallow day by day and attempt to make your own, until you will sicken and die of them, still in silence? Perhaps for some of you here today, I am the face of one of your fears.

And, of course, I am afraid– you can hear it in my voice– because the transformation of silence into language and action is an act of self-revelation and that always seems fraught with danger.”

Being visible is fraught with danger.

Speaking your own truth is fraught with danger.

Just being who you are–a lesbian in a straight male world–is fraught with danger. So how do we fight back against the invisibility that threatens us as much if not more than discrimination? A couple of weeks ago I wrote about the actress Holland Taylor coming out at 72.

It was a fun column to write because it was just filled with joy. When a lesbian is being murdered somewhere every day just for who she is, how thrilling to see an older woman declare not just her lesbianism, but her love for her new partner (award-winning actress Sarah Paulson).

How great is that?

But while Taylor insisted she has always been out, the fact is, we are all presumed straight unless we declare ourselves otherwise.

This week–just days before Christmas–the majority of the Republican candidates for US president signed onto FADA (First Amendment Defense Act) and the Republican National Committee has made it part of their platform.

FADA would allow individuals and businesses to discriminate against same-sex couples. Government workers like Kim Davis could refuse to perform their duties, like issue marriage licenses to lesbians and gay men.

Businesses and organizations, even those getting federal, state or municipal funds, would be allowed to discriminate. The ACLU (American Civil Liberties Union) calls FADA “a Pandora’s Box of taxpayer-funded discrimination against same-sex couples and their children.”

And yet there it is–part of the platform of one of the two major political parties and endorsed by nearly every Republican candidate running for president.

If lesbians weren’t invisible, would this kind of discrimination be as prevalent or as easy to legislate?

Lorde says, “I betrayed myself into small silences, while I planned someday to speak, or waited for someone else’s words.” 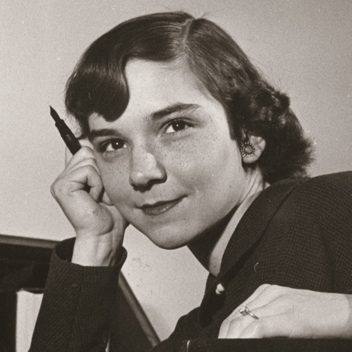 An admission from one of our iconic lesbian theorists, but an admission that was made to propel us forward, the audience to whom she was speaking.

Because in the very next paragraph Lorde tells us, “My silences had not protected me. Your silence will not protect you.

But for every real word spoken, for every attempt I had ever made to speak those truths for which I am still seeking, I had made contact with other women while we examined the words to fit a world in which we all believed, bridging our differences.

And it was the concern and caring of all those women which gave me strength.”

And there it is: I should have spoken out to those women joking about femmes, but to do so would have meant being, yet again, the lesbian outlier among the straight women and I just couldn’t.

But as Lorde says, our silences don’t protect us. We aren’t more loved by our families when we lie about being lesbians. We are just more invisible and maybe more self-loathing. We aren’t more embraced by straight feminists when we don’t educate them about how their little jokes are at our expense.

We aren’t more visible when we don’t object to the homogenized images of lesbians–few though they may be–on screen, small or silver. Adrienne Rich, world-renowned poet, radical theorist, lesbian, wrote, “Lesbian existence comprises both the breaking of a taboo and the

rejection of a compulsory way of life. It is also a direct or indirect attack on the male right of access to women.”

Lesbians have opted out of compulsory heterosexuality and it’s the rare family who responds to that with “You’re a lesbian? Great news!”

Sure Ellen is on TV every afternoon, sometimes with her wife. But how many stories of their imminent break-up have hit the tabloids? Why?

Because their marriage isn’t taken seriously. Eleven years together, eight of them married, but the rumors still fly because, well, lesbians.

Lorde says, “When we speak, we are afraid our words will not be heard or welcomed. But when we are silent, we are still afraid. So it is better to speak.”

There is, as Holland Taylor and Sarah Paulson have discovered, joy in speaking. There is, as many of us know when we are surrounded by other lesbians, comfort in solidarity.

Rich said, “The connections between and among women are the most feared, the most problematic and the most potentially transforming force on the planet.”

Our silence won’t protect us, but it does allow other people–even our allies–to project images onto us that are not us. Resist that. This season, resist the silencing.