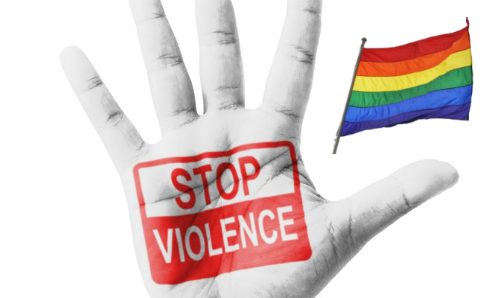 I’ve sloughed off several lovers in my life because of the bad—and often abusive—treatment at the hands of these so-called girlfriends.

These particular individuals’ behavior is something which I would never in a million years dream of putting up with in terms of any friend or friendship, yet I let myself be abused, cornered, monitored, controlled, held captive and even beaten by a person who called herself my lover.

I see this quite a bit in the lesbian community—friends with a girlfriend who has bad behavior bordering on (or actually) abusive.

This is totally fucked up on the part of any abusive girlfriend, who indeed has severe issues and problems that no one can address inside of an intimate relationship, let alone fix—she needs a psychotherapist (and maybe the cops) for that. But it’s also fucked up for lesbians to get involved with and stay in abusive relationships.

My Curve colleague Victoria A. Brownsworth has written several thoughtful and incisive articles about domestic abuse among lesbians—or IPV (intimate partner violence) to be very PC—that should be required reading for all dykes.

You know how it is when you have a friend who gets involved with someone you don’t care for because the new chick doesn’t treat your friend very well. And you don’t say anything because you think it’s really none of your business, or just because it’s uncomfortable? You just try to see your friend without her girlfriend, but never say, “How’s it going with such-and-such? I’m concerned about you and your safety want to support you, I’m here to listen and help.”

It’s a hard thing to do; to say to a friend who seems to be head-over-heels, that her new love is a downer and not only a total drag to be around, but maybe even an emotionally or physically harmful individual. But, it’s necessary and the right thing for any friend to do.

No one said such a thing to me, but I sure wish they had.

I think for many lesbians (and all people) accepting abuse in intimate relationships is modeled from their family of origin. Dysfunctional nuclear families are as American as apple pie—maybe more so. And, the fact that we might love people who abuse us or “just” treat us badly seeps into intimate relationships because our biological family has modeled for us how to relate to others on a negative, punitive and often abusive level.

It’s totally unacceptable for you, your friends, your family—or anyone—to be abused.

Please, if you see something, say something!