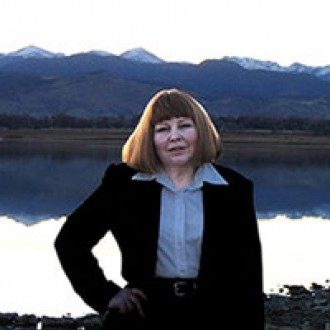 In the groundbreaking Grave Silence Beecham introduced detective Jude Devine who infiltrates the Fundamentalist Church of the Latter Day Saints. Beecham herself went undercover to research this polygamist cult long before the mainstream media exposed the group—and its leader, Warren Jeffs—for criminal activity, which included rape and child abuse.

Your research is very thorough. Tell me about your process.

I live in the West and spend a lot of time in the Four Corners area, where the series is set. Research is what makes crime writing so fascinating for me and I do a great deal of it firsthand—there’s nothing quite like wandering around a white supremacist event or polygamist compound for a glimpse into an alternate universe.

The seedy actions of the real people mentioned in my stories are a matter of public record…such as declassified CIA and FBI documents and National Security archives. I also have extremely helpful contacts in law enforcement, the FBI and counter-terrorism who advise me.

However, it is not my aim to write nonfiction; my first goal is to serve the interests of my plot and the journeys of my characters. I want to write stories that are compelling and entertaining, and sometimes a bit disturbing, because so much of the detail is authentic.

How have you evolved as an author since you wrote your first mystery in the early ’90s?

A couple of things leap out. The Jude Devine mysteries are darker and more gritty, and, of course, Amanda Valentine was femme, and Jude Devine is butch. I work with a bigger canvas in the Jude Devine stories, so there is more room for a complex plot and prominent secondary characters, like Sandy “Lonewolf” Lane, who tries to assassinate the VP in Place of Exile. In some ways I think the evolution of my writing between the two series is more a reflection of changes in reader expectation than any special growth as an author.

What is a “message mystery”?

The term “message mystery” is used informally to identify works in which a social issue is a strong theme, not just wallpaper, and the author takes a non-neutral position in her treatment of the topic. As a reader I don’t like being preached to, but I do like to be credited with a conscience and curiosity.

My stories are unified by the social themes that each murder brings into focus. I’ve covered quite an assortment—prostitution, polygamy, child abuse, hate crimes, the mental health issues of veterans…all of which I ought not admit in an interview, since they are not exactly beach reading. I try to make up for that by writing multifaceted characters and injecting plenty of humor.

Jude Devine is unlucky at love. Will she ever get the girl?

I can’t imagine writing a fully dimensionalized character while ignoring who she is as a sexual being and a woman who is seeking personal happiness, albeit with questionable judgment. So, yes, romance is a continuing subplot.

From the letters I receive, it’s clear that many readers have had in their lives at some point a woman who completely derails their common sense, and they can relate to Jude’s hapless thing for Mercy Westmoreland. Jude has to grow before she will truly be happy in a relationship. Meantime, she’ll just have to settle for hot sex. Oh, tragic. [Laughs]

What’s next for Rose Beecham?

Two mysteries are on my writing schedule for 2010. Ghost Canyon, the fourth Jude Devine story, picks up where my last story left off, taking some very twisted turns. Despite some reservations about adding another female forensic pathologist to the well-stocked ranks, I’m kicking off a new mystery series with Fatal Mourning featuring Dr. Portia Darling. Portia arrives in Savannah as a newly appointed regional medical examiner to inherit a trail of botched cases waiting for a fall guy.