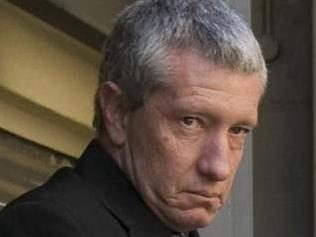 Karen Horgan, the former partner of Richard Meerdink, one of the men that bashed Wayne Ruks to death, has joined the fight to end the gay panic loophole.

Karen Horgan the ex-partner of Richard Meerdink one of the men involved in the brutal bashing and death of 45 year old Wayne Ruks in a Maryborough churchyard in 2008, has come out in support of Maryborough Priest, Father Paul Kelly and his fight to abolish the Gay Panic defence that saw Meerdink acquitted of murder but convicted of manslaughter.

Horgan met with Father Kelly after reading reports on Pearce (Meerdink’s accomplice) being released from gaol and the impact it had on Wayne Ruks mother, Joyce.

She said she had told Father Kelly she wanted to add her name to his Change.org petition, which now has more than 193,000 signatures.

In a release from change.org today, Horgan commented: “I wanted to let Father Paul know that I support what he’s doing, that I wanted to sign the petition and be part of his campaign,” said Karen. “His campaign is spot on. Whether you are gay or straight or black or white or whatever, it doesn’t matter, it doesn’t mean it’s OK to bash people who are different.

“I feel for Wayne’s mum and what she has been through. What happened to her son was appalling.  I saw Richard right after he was jailed, he told me a crock right to my face, he claimed he only gave Wayne one kick, but I had seen the footage, I knew what he’d done. It (gay panic) is a really sick excuse for beating a man to death.

“Even if there was some kind of sexual advance – and I don’t think there was – you cannot use that as an excuse to bash someone to death. You should walk away and act like an adult, not like a madman. I feel very sorry for Wayne’s mum. I’ve got two kids and I lost a son six years ago and I know that the pain never goes away. It must be unimaginable to lose a son in that way. I want her to know that I feel for her and I support her and Father Paul in trying to change this law.”

Father Paul said he was  overwhelmed by the support for a change to the gay panic law. To date close to 200,000 people have signed the petition

“It seems the only people arguing against a change to this archaic law are Premier Campbell Newman and his Attorney-General, who claim to be tough on crime,” said Father Paul.