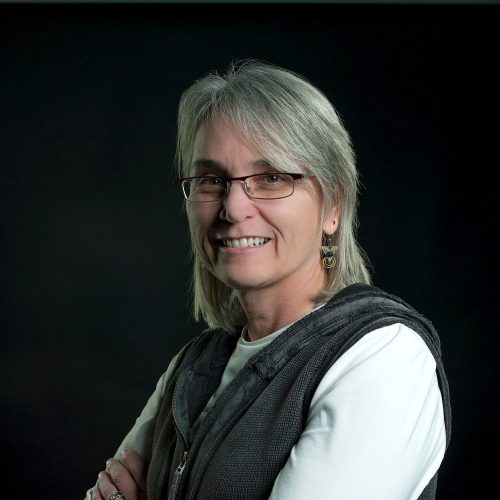 Who wants to get older? Who wants to even think about aging when society values youth, and studies show that time is not kind to LGBT folk: Many of us (especially lesbians and trans people) will experience ill health and economic insecurity—if we don’t already—especially at the end of our lives.

But it doesn’t have to be that way, and it isn’t that way for the 65 loving couples featured in Barbara Proud’s new book, First Comes Love. And love has everything to do with it.

You can thank out lesbian photographer Proud for her heartening vision of late-in-life LGBT harmony and happiness. And thank Edith S. Windsor, too, who wrote the heartfelt foreword to the book.

Windsor has become the public image (the poster elder, if you will) of a community tired of marginalization, and rightly so: It was United States v. Windsor that brought down DOMA on June 26, 2013, and made marriage equality a reality in this country. In the foreword, Windsor writes: “That day, something happened to all of us, not just to the people who wanted to get married. Something happened to all of us, to the whole gay community, and to the whole country.”

What happened was that we gained an image of ourselves that we’d never had before, an image of ourselves as a unique community and yet welcome within the institutions on which this country was built. Windsor notes that in his brief, Justice Anthony Kennedy uses the word “dignity” 11 times.

“It’s like we’re in a different place in this country and it’s thrilling. We’re being recognized as citizens, real deserving citizens,” she writes. “Adolescent kids can fall in love for the first time knowing there’s a future. Maybe it’s the beginning of the end of the suicides. We can all be proud of who we are.”

Being able to love one another openly is fundamental to being able to love ourselves. Seeing images of this love is essential to reinforcing it as valid, and to changing the hearts and minds that might oppose it. Historically, there have been very few images that portray our lives with the “dignity” Windsor describes.

Barbara Proud’s First Comes Love Project is not just the book but a traveling exhibition of photographs, love stories, and video interviews documenting long-term LGBT couples. The project has been endorsed by Freedom to Marry and the Human Rights Campaign.

“This project began when my partner and I celebrated our 20th anniversary and thereby became the longest surviving couple in our families,” says Proud. “When Proposition 8 passed a month later, I decided that I needed to do something.”

That something, which was to create “a different picture of our community than what is normally portrayed in the media,” had its roots in a history that began long before the injustice of Prop. 8. Proud won a camera in a local competition when she was 9 years old, and majored in photography in college.

Photography was very much a means of artistic expression, but the technological aspects also appealed to her, and she taught herself advanced techniques in composition and lighting, as well as digital photo processes. Influenced by “all of the strong women photographers from many generations—Mary Ellen Mark, Diane Arbus, Imogen Cunningham, Annie Leibovitz—but also painters such as Georgia O’Keeffe,” she went on to become an adjunct associate professor at the University of the Arts in Philadelphia, and now inspires her own students.

It’s an added bonus that when she started making artwork in earnest, she chose “B. Proud” as her signature. “Barbara Proud is my name from birth. Many people think ‘B. Proud’ is something that I made up. It’s quite convenient for a lesbian artist, and now it’s something that I have to live up to.”

Proud lives up to her name with First Comes Love, and there is a lot of pride to be had from this 148-page book—from the dignified black-and-white photography to the stories shared. “Typically, we only see rainbow flags and Gay Pride parades or protests. I wanted to strip all of that away and force the viewer to look deeper, to look at the core of who these couples are.”

These couples, all of whom volunteered for the project, include Houston mayor Annise Parker and her wife Kathy Hubbard, civil rights pioneers Barbara Gittings and Kay Tobin Lahusen (together for 46 years), lesbian activist Lilli Vincenz and Nancy Davis, and of course, Edie Windsor (and her dear departed Thea Speyer, who is present in a framed snapshot). “Having all of these people and their stories in one volume is something that I am quite proud of,” admits Proud.

The response to the book and the project so far has been “tremendous!” she says. “Many couples that I meet are already asking me to do a second volume. The book was launched in Philadelphia, where the media were calling it the ‘antidote to hate crime,’ because a few weeks before, there had been a terrible bashing of a young gay couple.

So when people ask me why this book is still important, since the marriage laws are changing, my response is that changing laws do not change people’s minds. There is still hatred and bigotry and violence, and that needs to change through education.”

If a picture paints a thousand words, there is no doubt that it can educate. Proud has watched straight and gay people alike read the stories, watch the videos, and weep. “In a restaurant the other night, where I was celebrating my 26th anniversary with my spouse, a woman approached me who had purchased the book and told me that she had really learned a lot from reading the stories. So even our straight allies still have much to learn.”

The project may help straight allies understand our cause, but it also seeks to bolster our own community.

“I wanted to give hope to the younger generations that they, too, can have long and loving relationships,” says Proud. “Perhaps they can even use my book to come out to their parents.”

The Delaware Division of the Arts Mezzanine Gallery is pleased to present an exhibition of work by 2014 Individual Artist Fellow B. Proud (Wilmington) from February 6-27, with an opening reception on February 6 at 5 p.m. The exhibition features photographs from Proud’s First Comes Love project. The Mezzanine Gallery is located in the Carvel State Office Building at 820 N. French Street, Wilmington. It is open weekdays from 8:00 a.m. to 4:30 p.m.