What a year Trump has wrought.

Dickens put it best in A Tale of Two Cities: “It was the best of times, it was the worst of times.”

No opening of any novel could better describe how 2017 has been for women of all orientations–lesbian, bi, trans, queer, str8. It’s been a hard fought year of Resistance, a year that has left many of us reeling, a year that has set the clock back on women’s rights in ways we never could have imagined back when we thought Hillary Clinton would be the first woman president. This was a year that began with President Trump scrubbing the White House website of the LGBT page that had been there during the Obama years, a year where Trump is still tweeting about Hillary Clinton, where he led chants of “Lock Her Up” as recently as Dec. 8 at a rally in Pensacola, a year where he endorsed an accused pedophile for the U.S. Senate, a year of #MeToo when 19 women accused him of sexual harassment and assault, a year which drew to a close with Trump suggesting in a tweet that a sitting U.S. senator, Kirsten Gillibrand (D-NY), would exchange sexual favors for campaign contributions, causing several other senators to demand Trump’s resignation.

Lightweight Senator Kirsten Gillibrand, a total flunky for Chuck Schumer and someone who would come to my office “begging” for campaign contributions not so long ago (and would do anything for them), is now in the ring fighting against Trump. Very disloyal to Bill & Crooked-USED!

No woman, not a former Secretary of State, not a sitting U.S. senator, has been immune to the dangers wrought by the Trump presidency.

It has been a year with many victims: Trump has assailed the environment, rescinded regulations that keep us safe in the workplace, at home and in hospitals and that protect everything from the air we breathe, water we drink, food we eat, medications we take, homes we live in to how we are protected by law enforcement and how law enforcement itself is protected.

In 1960 we had dirty air & water.
We had constant outbreaks of food-borne illnesses–food safety was under-regulated.
We had no seat belts, air-bags, highway speed limits.
We had more infections in hospitals, diseases in schools, workplace deaths.
Regulations save lives. https://t.co/e7EjS2sy01

President Trump embodied misogyny, racism and every phobia that hurts other human beings. His hate has been writ large and unmoored the nation – especially those of us who are not str8 white men and who have been most vulnerable to his retrogressive politics and policies, most recently the GOP Tax Bill which Trump wants voted in before Christmas and which would raise taxes on everyone but the most wealthy Americans and would end healthcare for 13 million Americans immediately, others within the next few years and crush families with sick and/or disabled members. Since Trump’s Inauguration January 20, 2017, there has been a Muslim ban and a military trans ban, both continually fought by the ACLU and others in the courts.

Nominations to Trump’s Cabinet were alarmingly anti-gay, most particularly Education Secretary Betsy DeVos and Attorney General Jeff Sessions. DeVos has a long history with Focus on the Family, an anti-gay hate group. Sessions’ has been virulently homophobic in all his incarnations, from judge to senator.

Activists were right to be alarmed. DeVos rescinded anti-discrimination policies for gay and trans students put in place by the Obama Administration. Attorney General Jeff Sessions declared that lesbians and gay men do not have the right to file employment discrimination suits and are not protected by Title IX. That decision will impact the employment discrimination suits of Jameka Evans in Georgia and Kimberly Hively in Indiana that Lambda Legal is attempting to get before the U.S. Supreme Court in 2018. 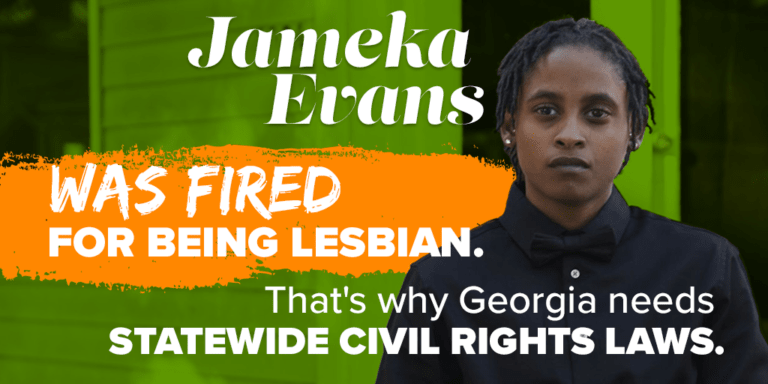 Pride month saw no rainbow White House, but rather a series of anti-LGBT invectives from the Trump administration. And while we didn’t expect Trump to issue a Pride Month proclamation like other presidents, the silence was erasing.

As the year draws to a close, Trump and his predominantly Christian-extremist Cabinet who are all either officials in or members of virulently anti-gay hate groups like the Family Research Council to whom Trump himself has given large donations, have made 2017 one of the worst years in recent history for LGBT Americans. 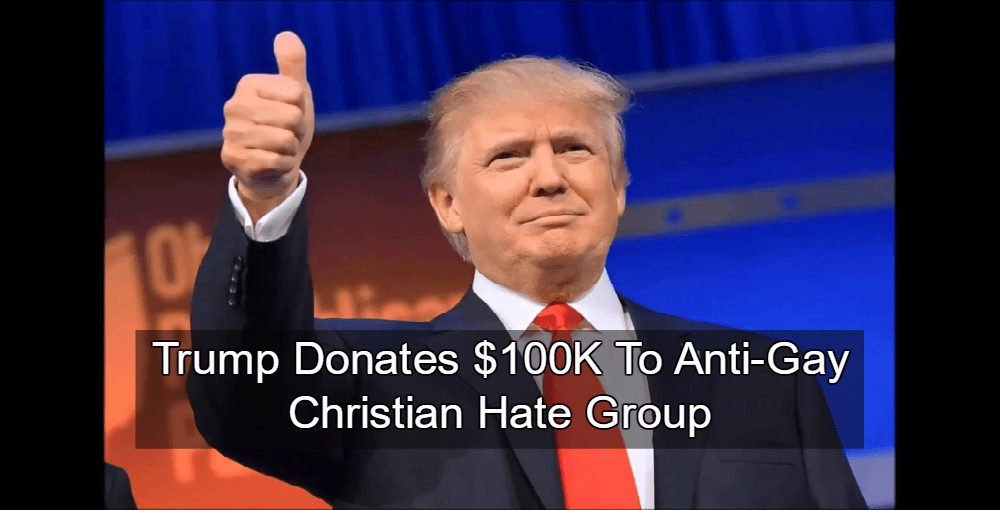 There was instance after instance of Trump’s homophobia and transphobia – a far cry from his assertion during the campaign that he would be better for “the gays” than the progressive Democrat who had been the highest ranked official in the world to declare “gay rights are human rights and human rights are gay rights” in a speech in Geneva 2011, during her tenure as U.S. Secretary of State.

Thank you to the LGBT community! I will fight for you while Hillary brings in more people that will threaten your freedoms and beliefs.

Rather, Trump has been increasingly dangerous for the LGBTQ community and for women, people of color, disabled people, and immigrants. Hate crimes have risen under Trump’s administration and yet Trump joked in October that his vice president, Mike Pence, whose homophobic and misogynist history were well known prior to the election, wanted to “hang all gay people.” Trump joked about this with no thought to how it might incite more violence against lesbians and gay men. But then again, Trump chose a far-right extremist as his running mate: Indiana Gov. Mike Pence, who believes abortion should be outlawed. Pence said, “I’m pro-life and I don’t apologize for it,” and pledged that he and Trump “will see Roe v. Wade consigned to the ash heap of history.” Pence caused an outbreak of HIV/AIDS that was, according to the prestigious New England Journal of Medicine, entirely preventable. Pence, an ardent anti-abortion foe, closed down Planned Parenthood clinics in the state and made STD testing inaccessible to thousands. Indiana has a high percentage of IV drug users and it was determined that at least 181 cases of HIV were directly linked to the outbreak and had previously signed anti-gay and anti-repro rights legislation into law in Indiana. It hasn’t just been Pence. It’s been everyone in Trump’s administration including his current Chief of Staff, Gen. John Kelly. Kelly, who has a long history of misogynist and homophobic statements about women and gays serving in the military, is rumored to have suggested the ban of trans people serving in the military to Trump. That ban is on hold–hopefully permanently. But as with everything in the Trump presidency, Trump can decide to side-step the law with an executive order on almost everything. President Truman overturned the segregation of the military in 1948 via executive order. Throughout President Obama’s first term LGBT activists urged him to overturn the military gay ban via executive order. Trump could rescind the rights of LGBT to serve if he chose, though few think he will.

Nevertheless the fear of what Trump might do next to LGBTQ people persists because he has already wreaked so much havoc.

At the 100 day point at the end of April, GLAAD President Sarah Kate Ellis told NBC News “One hundred days of Trump translates into 100 days of erasure for the LGBTQ community. From the Census exclusion, to rescinding Obama’s guidance for trans youth in schools, and lack of any LGBTQ mentions on the White House website, he has spent the early days of his administration trying to remove us from the very fabric of this country, and we must resist.”

Outrage from allies has been slow. When all LGBTQ content was removed from White House and Department of State websites on the very first day of Trump’s presidency, there was almost no response. While other federal websites still retained some related content initially, LGBTQ references were the only removals from the White House and State Department sites. On January 21, the day after the Inauguration, Senator Ben Cardin told NBC News he thought the scrubbing of LGBTQ references was “alarming.”

Search whitehouse.gov for “gay pride” and you get this response: “Sorry, no results found” where under President Obama you found a long list of access points for LGBT people, government and other.

Only four days later, Trump issued his Muslim ban, which had far-reaching implications for lesbians and gay men fleeing repressive circumstances in the countries under the ban as well as for those on visas from those countries already in the U.S. but now under threat of having their visas revoked. Those women and men were now living under a death sentence.

One of the worst fears many had of a Trump presidency was his ability to stack the U.S. Supreme Court with extremist justices who would be orchestrating American jurisprudence for decades after Trump was out of office. Those fears were realized with his first nominee, Neil Gorsuch, an anti-gay, anti-abortion, anti-women’s rights judge with a long history of radical right-wing legal views.

The lack of recognition in the U.S. Census may seem minor, but it’s been a long fight for recognition, to be counted among other groups of Americans. If we aren’t counted, we don’t exist.

Trump has endorsed the First Amendment Defense Act, a national version of state “religious freedom” bills. That legislation, if passed, would allow businesses and other entities to deny service to LGBT people based on their religious beliefs. There is a case pending before the SCOTUS involving a baker versus a gay couple who wanted a wedding cake that was heard on Dec 5.

If the FADA were law, it would mean that baker and any other shop owner, plumber, anyone, could deny services to gay people–any and all lesbian and gay people based on religious beliefs. That slippery slope was in evidence during the oral arguments in the Dec. 5 case and since the vote will likely come down to one justice, Anthony Kennedy, it’s worrying to think that every lesbian and gay man in America will be held hostage to the vote of one SCOTUS justice. 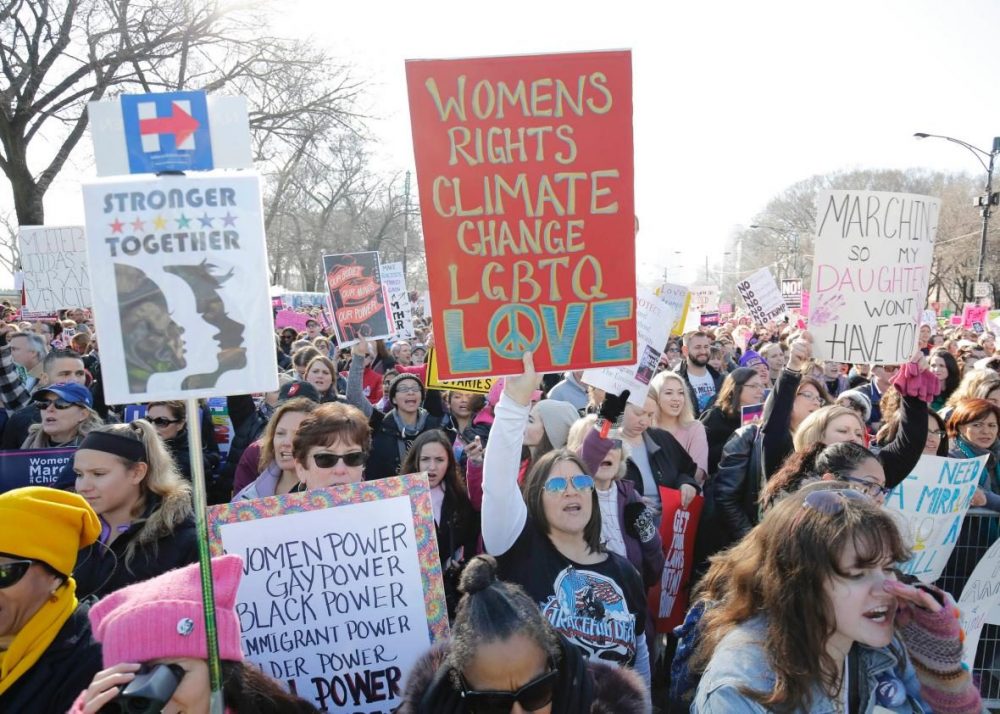 And that is where we are as Trump’s first year draws to a close. There have been glimmers of hope, of course. The Resistance movement, comprised predominantly of women, has fought back hard.

The January 21 Women’s March brought more people to Washington than had attended Trump’s Inauguration the day before. And nearly 700 “sister marches” took place worldwide. In the U.S., 3 million people, mostly women, marched. There were no riots, no violence, no arrests. Just a sea of pink pussy hats from Maine to Alaska.

Another march is planned for January.

In June, a Capitol police officer, Crystal Griner, an open lesbian, was severely injured when she took down a shooter during a baseball practice of Congressional staff. Rep. Steve Scalise (R-LA) was nearly killed and Griner’s leg had to be pieced back together. She received the Medal of Valor from President Trump. 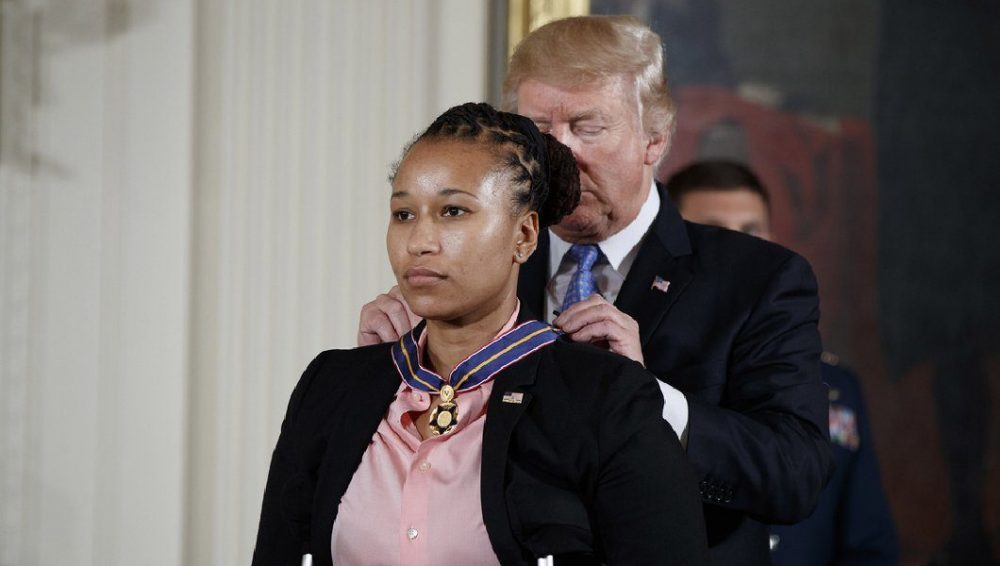 Crystal Griner receiving the Medal of Valor from President Trump 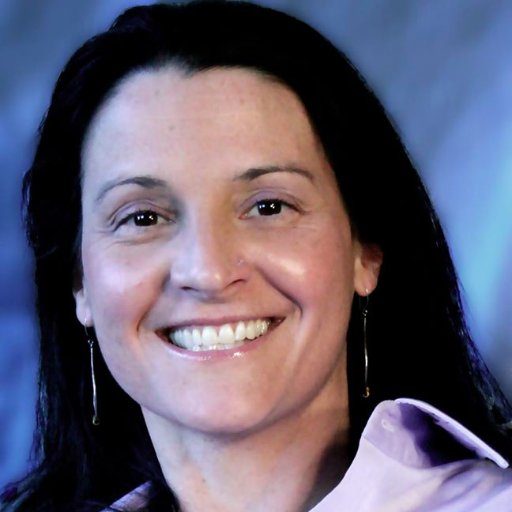 These historic wins were made far more meaningful because they were examples of pure Resistance. Each one of these women ran in response to Trump’s election in hard-fought elections against long-term male Republican incumbents.

As the year ends, Washington is in flux, the nation still gripped by the investigations into the Trump team’s involvement with Russia and that nation’s interference into the U.S. election in 2016. Green Party candidate Jill Stein’s documents were subpoenaed on Dec. 18. Sources within Special Prosecutor Robert Mueller’s investigation into Trump/Russia said on Dec. 18 that they expect the investigation to continue through 2018. But Trump has suggested he may fire Mueller and acting AG for the investigation, Rod Rosenstein. Such an action could trigger a constitutional crisis like Watergate.

It has not been a good year for America. But the Resistance fights on, journalists ignore Trump’s cries of #FakeNews and as 2018 looms, we must all dedicate ourselves to democracy first, last, always–no matter how much Trump tries to whittle it down. America survived slavery and a Civil War – we can and will survive Donald Trump.