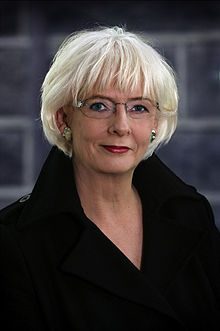 Leaders, Thinkers and Activists from 60 countries to participate

TORONTO, ON – April 7th  — The WorldPride Human Rights Conference 2014 announced that former Prime Minister of Iceland, and the world’s first openly gay head of government, Jóhanna Sigurðardóttir will be among the presenters from 60 countries in next year’s international gathering, June 25-27, 2014 in Toronto.

International LGBTI leaders will gather in Toronto for WorldPride 2014 for a dialogue about LGBTI rights, as human rights, around the world and the issues affecting our communities. More than 400 submissions have been received from activists, academics and LGBTI leaders.

“We’re excited that LGBTI leaders from every part of the world – Uganda, Russia, Indonesia, South Korea, Turkey, to name just a few – will be participating,” says conference co-chair Doug Kerr. “The diversity of proposals and ideas submitted is amazing and we are excited by the caliber and breadth of the content that will be presented.”

The WorldPride Human Rights Conference 2014 is a partnership between Pride Toronto and The Mark S. Bonham Centre for Sexual Diversity Studies at University College, University of Toronto, taking place June 25 — 27, 2014, it provides a unique opportunity for a global dialogue about LGBTTIQQ2SA human rights.