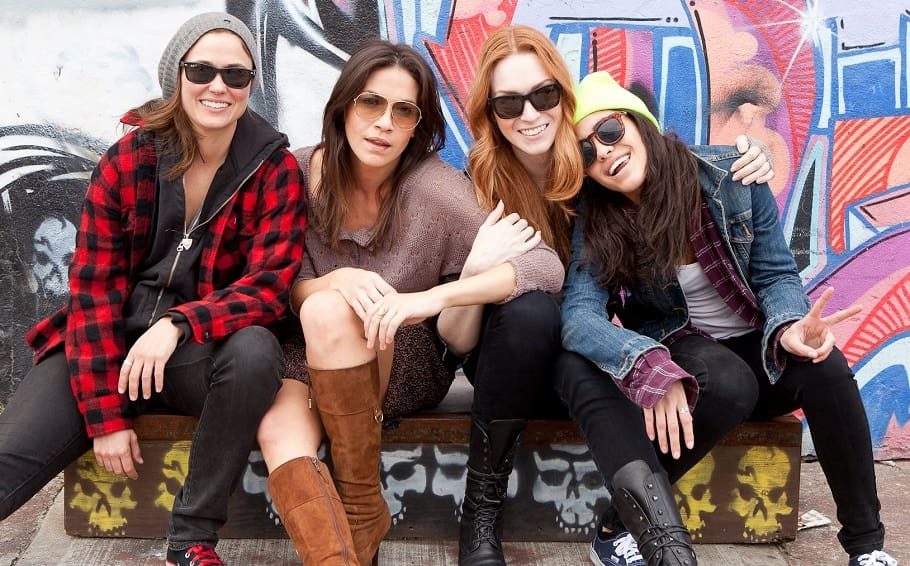 Meeting through a dating app, three women from very different backgrounds navigate life, love and the complexities of the modern queer experience.

Same Same is the story of Emily, Aviva & Sam, three queer women figuring out how to live their lives under the changing timetable for adulthood and the ever-evolving world of dating. Aviva just came out in her mid-twenties, and doesn’t know a single lesbian.

Sam’s big mouth is always working against her, and Emily has already slept with half of Brooklyn, rendering her pool of choice miniscule. Once they connect through a dating app called Same Same, these girls will laugh, lie and do whatever it takes to help each other navigate life in this upbeat, semi-improvised dramedy.

Same Same takes an intimate look inside the lives of queer women in the 21st century, authentically examining feelings, friendship and sex.

Since the pilot episode “Scissr” went public, Same Same has been an official selection at The LA New Media Film Festival (where it won best of LGBT category), Brooklyn Web Fest and the 2018 Tribeca Film Festival Creators Market.

The pilot episode garnered over a quarter of a million views and fans immediately began inquiring about a full season. Producer Stephanie Begg says “We saw the huge response to that first ep and went to them with a crowdfunding campaign. We produced this series on the passion and enthusiasm of the LGBTQ community around the world, who connected with the show. With nearly a feature film’s worth of content to watch, the passion of the cast, crew and our supporters made Same Same the web series possible.”

Jamie Clayton, from the pilot episode went on to star in the Wachowski’s Sense 8 for Netflix, and actress Paulina Singer went on to star in Freeform’s Dead of Summer, as well as Zelda William’s pilot Shrimp, premiering at Tribeca this year. Actress Kelly Sebastian of Netflix’ Gypsy and Holly Curran, of Amazon’s The Marvelous Mrs. Maisel return for Season One.

“As an LGBT woman in TV, it’s still surprising to me how little of the female queer experience appears on screen. When it does, it’s often relegated to minor roles, or used as a plot device rather than simply being a part of the human experience. I set about to make Same Same, in all honesty to have something relatable for myself to watch, and am endlessly proud of the incredible group of people that came together to make this gorgeous and hilarious little slice of the modern queer experience that we have.”