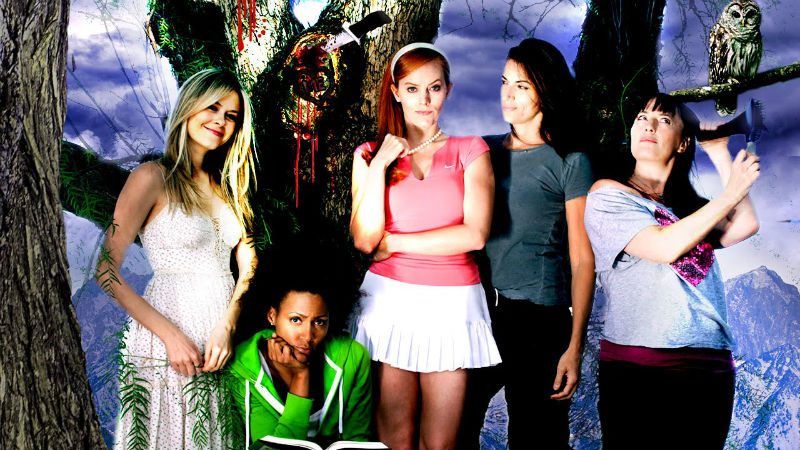 Crazy Bitches 2 follows the underground hit, Crazy Bitches, a slasher comedy about seven women and one fab gay guy on a weekend trip who, one-by-one, are killed by their own vanity.  From the mind of Jane Clark, this sequel is sexier, funnier, creepier, and screami-ier than the first.

In the aftermath of the slaughter of Crazy Bitches at the Hallowed Spirits Ranch, Alice has divorced Eddie and is trying to get on with her life. She distracts herself by volunteering to organize the Holiday Pageant for her son’s pre-school class, but that doesn’t help since Eddie’s new younger wife has a 5 year-old and she joins the fractioned group of “mommies.”

The Holiday Pageant committee becomes a hotbed of conspiracies and terrible parenting. Desperate for an ally, Alice drags her sister, Minnie, into the mix. She is happy to help, but she’s having her own issues.

She’s absolutely sure someone is following her and she’s having dreams of all her friends who died that fateful ranch weekend. Soon her dreams turn into nightmares and Alice’s school goes haywire as badly behaving mommies start turning up dead.”