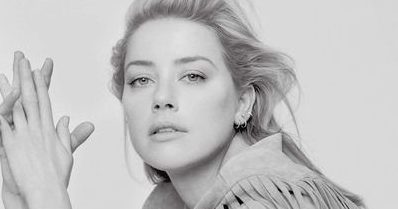 Amber Heard stars as Johnny Depp’s love interest in The Rum Diaries, she was number 13 on Maxim’s Hot 100 list, and then she came out as a lesbian.

It has been a big year for Amber Heard.

Heard came out in a big way, attending GLAAD’s 25th anniversary party with her girlfriend of over two years, Tasya van Ree.

When asked about her decision to come out she said, “I can’t be a part of the problem. I hate the idea of a label just as much as anyone else but I’m with who I’m with, I love who I love…I personally think that if you deny something or if you hide something you’re inadvertently admitting it’s wrong. I don’t feel like I’m wrong. I don’t feel like millions of people are wrong because they love who they love or they were born how they were born.”

She also praised GLAAD, noting that the organization makes it possible for people in the media to come out and feel protected.

When asked about her girlfriend she gushed, “How could you not want to go out with her?”