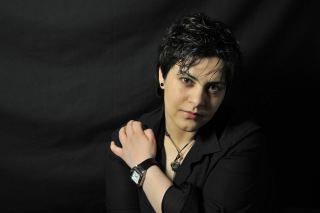 Kiana Firouz Granted Leave to Remain in the UK

Kiana Frouz, an Iranian lesbian and filmmaker, who left Iran to the UK in 2008 on basis of her sexual orientation has been granted asylum in the UK.

She is the lead actress in the film Cul-de-Sac, a drama-documentary based on Kiana’s experiences as an Iranian lesbian, released in London in May 20, 2010.

Kiana’s claim was rejected by British Home Office even though they believed her being persecuted for her homosexuality.

Now, after all international support, Kiana can stay in the UK and enjoys her freedom.

The Iranian Railroad for Queer Refugees appreciates all official elected, groups, organizations, activists and individuals who supported Kiana Firouz for her battle.

We, Iranian queers, are proud that we are not alone anymore and there are millions of people who are well-aware about our situation and they support us whenever we need them.

The IRQR is working with more than 250 Iranian queer asylum seekers worldwide and still about 140 of them are waiting desperately for their asylum or resettlement process.

If you want to get involved more and help Iranian queer refugees please visit www.irqr.net