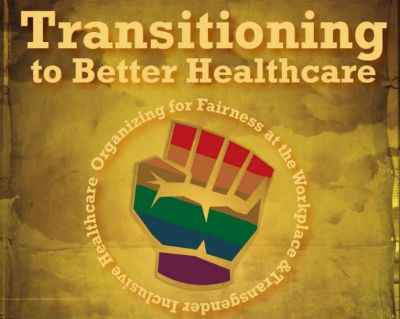 “It’s NEVER too late to change!”– as my mother used to say. Now it’s true for the SENIOR transgendered population who want to have sex reassignment surgery. Medicare used to automatically deny the surgery until a ruling that was in favor of a 74 year old transgendered female Army Veteran, Denee Mallon, when she was denied coverage for it two years ago. Under the Obama Administration, the US department of Health and Human Services overturned a three-decade old rule excluding surgeries of this nature. Citing that there was no real justification to deny those medical services to help people finally acquire the bodies that match with their true identity.

The Psychological Association calls it “Gender Dysphoria,” and  they were large proponents for making it a mental health issue and advocating for insurance companies to pay for sex-reassignment surgeries. Oh, the message boards were just going off with people saying, “Why should I have to pay for a person’s sex change? Why don’t they “Fix” their mental health first?” What a lot of these ignorant people fail to understand is that sex-reassignment surgeries is both the treatment–and often the cure for this mental health issue.

Transgendered people often feel as though they have been imprisoned in a ‘strangers’ body for most of their life–often starting from a very young age. Which can lead to deep depressions and contemplating suicide. It MUST be made clear that ‘Gender Identity’ has nothing to do with one’s sexuality. In other words, a transgendered female (who was once a man) could easily marry another women–and visa versa.  This little tidbit of information REALLY baffles the mind of the general population.

“Transgendered” is a fairly new term for society to comprehend–since the older term “Transsexual” was often confused with ones sexuality instead of their gender. I, myself, was even confused several years ago when I was in a Lesbian Bar and a very tall, beautiful drag queen asked me to go home with her to have some fun–I was like–“But aren’t you gay?” And they said “No!”  Well, I got an education from there–but I opted out of the offer–since I JUST came out and was barely comfortable with being with another women, never mind a transgendered person back then. So, even though I am a part of the LGBT letters–I was still learning myself–and evolved so much in my own understandings about gender identity since then.

I recently saw Dr. Renee Richards (Renee means to be REBORN in French–love that!), now 79, on The Katie Couric Show. She was the first public ‘transsexual’ figure, and she was expressing how happy she was to see how far the Trans community had come in being accepted–and all the available help offered today that was NEVER there for her over 50 years ago. Renee was born Richard Raskind, who transitioned in the mid-seventies into a woman (yes, in the seventies!) while playing pro tennis AND practicing medicine as a successful ophthalmologist. She was indeed one of the very first BRAVE pioneers for the transgendered community. She said she knew from a young age –and started taking female hormones in the late 1960’s (and yes, they existed back then!)

Renee was awarded a landmark decision when she sued the US Tennis Association (USTA) when they wouldn’t allow her to play professionally on the women’s team. She refused to take the “BARR Body Test” the USTA demanded–which tests the amount of female and male hormones a person has. When she finally gave in to take the test –it was inconclusive, and when she refused to retake this test the USTA kicked her off the team.  She sued them and actually won! In the 1970’s no less!

Judge Alfred M. Asciolone proudly proclaimed after his court decision–” This person is now a FEMALE, and it was GROSSLY UNFAIR, DISCRIMINATING, and INEQUITABLE and in VIOLATION of HER HUMAN RIGHTS.” Hey, where did all those progressive judges go for the past thirty years after that landmark decision–where the transgendered rights seem to have been at a standstill? Luckily, the transgendered rights are FINALLY catching up. Because of wonderful LGBTI advocacy groups like GLSEN and GLAAD that offer early interventions and educational programs for our youth, parents and schools.

Also on the Katie Couric show, was a transgendered male (born a female) named Chris, who told his mother at only seven that ‘she’ wanted to have surgery to be a man. And even told the mother, if not–‘she’ would consider suicide.  I just loved the moms response, she said in tears, “I would rather have a LIVE son who is happy–than a dead daughter who was miserable.” And her only regret was they she wished she started sooner to have spared her child so many years of pain–but she said, at the time she was unaware that the transitioning process can start at such a young age.

Chris’ mom also tells those who do not accept her SON, that although she accepts their right to their opinion– she cannot be around anyone that doesn’t support her son. LOVE this MOM! Oh, why can’t ALL parents be so understanding and supportive (like CHER with Chaz). Chris also spoke very highly of a wonderful summer camp he attended for transgendered teens called CAMP ARANU’TIQ in Newton Lower Falls, Massachusetts. Founded by Nick Teich LCSN. Where CHAZ BONO is on the HONARARY BOARD!

Sometimes God or Nature messes up a bit and puts some of us in the wrong bodies. Now, thankfully, through modern medicine we can now fix what nature had messed up by giving people the bodies they were always meant to have. And now with the new Medicare coverage–ANYONE can FULLY become the COMPLETE PERSON they were destined to be. YES! EVEN in your Eighties–and BEYOND! Yep, Mom was right again–It’s NEVER too Late to Change!

* Some Helpful contacts for Transgendered issues: