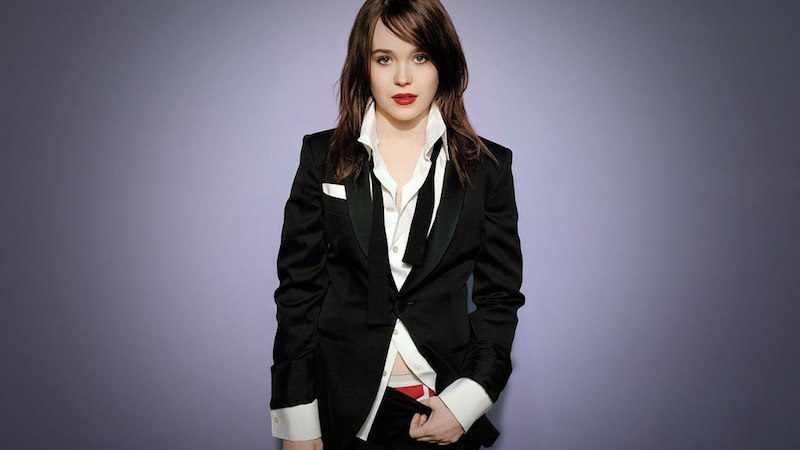 Whenever a celebrity comes out, straights take to the internet to tell everyone just how bored they are with coming out stories. Didn't you know? The fight for gay rights has been won, no one cares if you're gay!

Of course, the inevitable homophobic comments littering social media prove just how much of a big deal coming out is. From the ignorant to the downright bizarre, these straight people offer their deeply enlightened opinions about the world of sexuality and coming out:

1) "I bet she hates men. She discriminates against me just because I was born a man." – on Ellen Page (pictured).

2) "Funny I always thought that gay people knew from birth because it's how you're born?" – on Tom Daley

3) "Who cares anymore who is and who isn't. Where is the month for the heterosexual white people?" – on Robin Roberts

4) "Yay keep this up and before you know it the whole human race will die out, thank you sooo much for supporting one of the most the most threatening things to man-kind's survival" – on Ellen Page

5) "Being a lesbian is no problem of course, however I've noticed several years ago that she is a female psychopath perfectly fooling everyone. All you clueless people think that she speaks from the heart, but she has no such normal "human" emotions. If you would pay closer attention and would know the signs to look for, you could notice." – on Ellen Page

6) "Not being homophobic here.. But its wrong how celebrities force homosexuality on to people. I believe this is a publicity stunt…ï»¿" – on Ellen Page

7) "Why do people feel they have to share their sexual preference with the rest of us? Isn't it really only up to them? Are they seeking our approval? Am I missing something here?" – on Ian Thorpe

9) "I really don't believe in bisexuality ..either you're straight or gay..no need to sugar coat it as long as your happy who cares" – on Tom Daley

10) "Gay rights has won. It does not have to be flaunted in public. I gave up to their sin and tolerate it." – on Robin Roberts