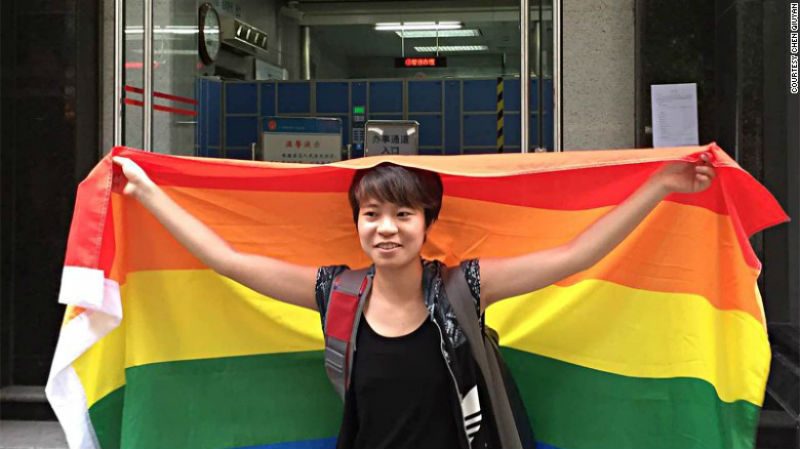 A student is suing the Chinese government due to demonising language in textbooks regarding homosexuality.

Chen Qiuyan, a 21 year old university student studying at Sun Yat-Sen University in the city of Guangzhou, has filed a court case against China’s Ministry of Education and the representation of gay and lesbian individuals found in textbooks.  The case was filed on August 14 and it has been confirmed that the Beijing No. 1 Intermediate People’s Court have accepted the case.

The university library currently carries psychiatry and psychology textbooks that state that people identifying as homosexual suffer from either “mental or physical issues” and need to be “healed”.

First stumbling across the demonizing language in 2013, Chen was a freshman struggling with her own sexuality. In an attempt to gain an academic perspective on homosexuality, she turned to textbooks.

She said that she “was terrified when reading the books. What would my friends and classmates think of me if they read them?”

Chen made the decision to visit a psychologist after reading the textbooks and has since embraced her sexuality and come out to friends.

The textbooks carried by the university are outdated even in accordance to China’s laws. China decriminalized homosexuality in 1997 and removed it from an official list of mental illnesses in 2001. Despite these changes, 31 of the 90 psychiatry and psychology textbooks reviewed presented homosexuality as an illness. All of the textbooks were published after 2001.

Chen is not interested in winning or losing, instead she says “What matters is the Ministry of Education will have to respond to the issue regarding textbooks.”

China is seeing more push from the LGBT community for rights and recognition within the last two decades. Chen believes that she has “no choice but to march on. I could only fight for more gay rights if I move forward.”