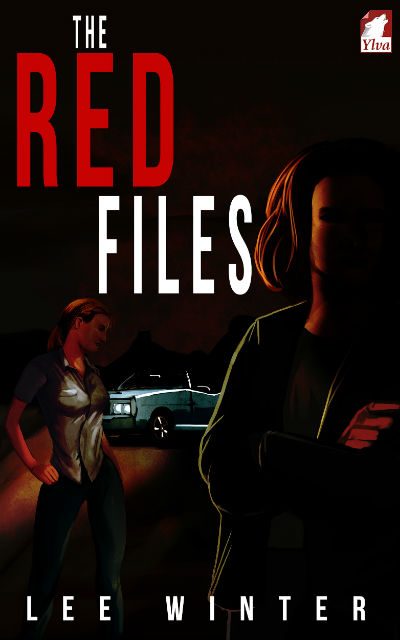 Romance with a smart edge.

With snappy dialogue, an intriguing mystery, and an engaging love-hatevibe throughout, The Red Files is an overlooked gem sure to please fans of mystery and political intrigue who like a side of lesbian romance.Author Lee Winter is a newspaper journalist in Australia, and it shows in her tight plotting, attention to detail, and eye for great lines. The novel is worth checking out if you want your romance with a smart edge: references to Edward Snowden, the Nixon Tapes, Helen Thomas, and Edward R. Murrow mean the brain cells need to be powered on to keep up here, and it’s so worth it.

The novel realistically captures the flavor of the editing room, with its dog-eat-dog hierarchies and competitive interpersonal relationships, its begrudging concessions to the Internet age, and the editors who think fondly back to the days before reporting meant rehashing a press release. The Red Filesalso understands how so much great investigative journalism starts—with one reporter’s nagging instinct that something’s just off.

The Watergate scandal started off with a couple of reporters’ gut feeling about a routine break-in. In The Red Files, the journey to the heart of a political scandal begins with two reporters noticing that the guests at a government contractor’s business launch party aren’t who they should be.These two reporters in question are Lauren King—acub reporter stuck on the celebrity gossip page but desperately trying to get the big stories—and her coworker Catherine Ayres—an icy veteran political reporter. They have an unhappy back story: King spent her first week training under the brittle Ayres, who tried her best to make King quit; they’ve hated each other since. But their mutual animosity sparks, and it’s clear in the best way that there will be romantic tension there.

The smart, snarky banter as the journalistic duo learns to appreciate each other skewers everything in its path and is a joy to read. As the story progresses, King and Ayres not only find out they need each other, but also that they want each other. What I liked about this novel is that the author didn’t stop the plot there to accommodate the romance. She wove the inevitable romance throughout the ever-unfolding plot that kept me guessing.

The writing is tight and clear, and the memorable side characters anchor us as we frequently change locales: Lauren’s best friend, Joshua Bennett, for example, is a standout—a cheeky, adorable dandy who provides an ally at home base and helps move along key plot points. Jonathan Sands, the government employee antagonist who is much more than he seems, is not particularly likable, but he’s intriguing, and that’s what matters.

If you’re looking for a well-written story with a romance that won’t leave your mind at the door, The Red Files is a great read by a promising debut author.