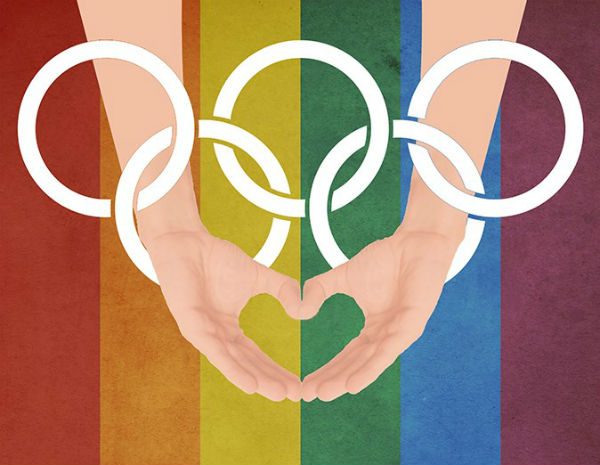 The Gay and Lesbian International Sport Association (GLISA) today greets reports from Reuters that the International Olympic Committee may force future bidders to abide by a specific anti-discrimination rule modeled on the Olympic Charter’s Principle 6.

"This is excellent news," says Daniel Vaudrin, President of GLISA. "We hope that the IOC will consult with us and our community partners about rewording its charter."
"The furore surrounding Russian attitudes and legislation regarding LGBT people has highlighted the need for urgent intervention for the UN Declaration of Human Rights to be respected by all nations," Daniel Vaudrin added.
"The International Olympic Committee has until now refused to get involved and condemn homophobia and transphobia in the host country for the 2014 Winter Olympics, Russia," said Marie Houzeau of the GLISA Executive Committee.
GLISA seeks the addition of Sexual Orientation and Gender Identity to the Olympic Charter. GLISA further urges the IOC to never again award the Olympic Games to a country which does not respect the charter. "Russia has proven to be too controversial a host nation for the Olympic ideal," said Marie Houzeau.
The human rights conference of the 1st worldOutgames in Montreal in 2006, for which GLISA is the governing body, submitted The Montreal Declaration to the United Nations. It included the words "We call on leaders of sport around the world to create safe spaces for the LGBT community to participate openly and fully, without discrimination of any kind."
"The goals of the Montreal Declaration are steadily being achieved. We therefore urge the IOC to turn their words into action as soon as possible," concluded Daniel Vaudrin.
The IOC Charter
The relevant article of the charter is Article 6: Any form of discrimination with regard to a country or a person on grounds of race, religion, politics, gender or otherwise is incompatible with belonging to the Olympic Movement.
About GLISA
The Gay and Lesbian International Sport Association is a democratically governed, international association of LGBT sport and human rights organizations from around the world. Modeled after existing multi-sport organizations, GLISA’s members are international sporting federations, human rights organizations, continental associations representing sport teams and clubs from the major regions of the world, host cities of GLISA’s worldOutgames, and other organizations that support the mandate of GLISA. – See more at: http://www.glisa.org/aboutglisa