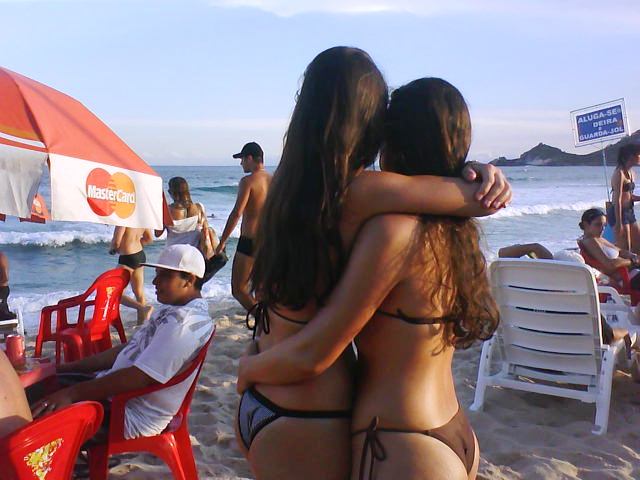 Where will you be this fall for the perfect athletic, aquatic getaway? Southern Brazil, of course!  This October 25-November 1, in spectacularly beautiful Santa Catarina, South Brazil, lesbian-owned tourism company, Brazil Ecojourneys invites you to head to the beach with pride!

Brazil is home to the world’s biggest Pride Parade in Sao Paulo, and as outdoorsy girls may know, Brazil is also home to some of the most beautiful beaches in the world. And some of those beaches have some of the best and biggest waves in the world, making it the perfect destination for an LGBT surf trip.

Last October, Brazil Ecojourneys, owned and operated by life partners Marta Dalla Chiesa and Lesley Cushing, has launched the first edition of this LGBT surf camp in collaboration with GaySurfers.net. The inaugural event was a success, with participants flying in from Canada, the U.S. and Argentina.

While more destinations in the world become accepting of LGBT travelers, and more athletes and role models come out, there is still a lack of LGBT-friendly outdoor and soft adventure travel. Homophobia and sexism is especially rampant in the world of surfing, and Thomas Castets, founder of GaySurfers.net, tackled the subject recently in his award-winning documentary Out in the Line-Up. Wanting to improve the situation he surveyed the members of GaySurfers.net and discovered that “gay surfers really wanted us to create surf trips with other gay surfers. So we partnered with Brazil Ecojourneys to organize a week of surfing, relaxing and yoga in the gorgeous town of Praia do Rosa in South Brazil.”

“We are all quite aware of the prejudice and discrimination against LGBT people in sports, but I hadn’t necessarily considered surfing as one of the last bastions of homophobia,” says Marta Dalla Chiesa, a native of Brazil, and a dedicated pioneer of LGBT travel.

“Watching Out in the Line-Up was a real eye-opener, which inspired our company to reach out and partner with GaySurfers.

We organized the first-ever LGBT Surf Camp in Brazil last year and it was totally amazing. Besides helping fund the documentary, it showed us that there are a lot of people out there who would like to be surfing but are holding back because of homophobia they’ve encountered.

Surfing amongst friends allows them to live their dream, and it is so much more fun!”