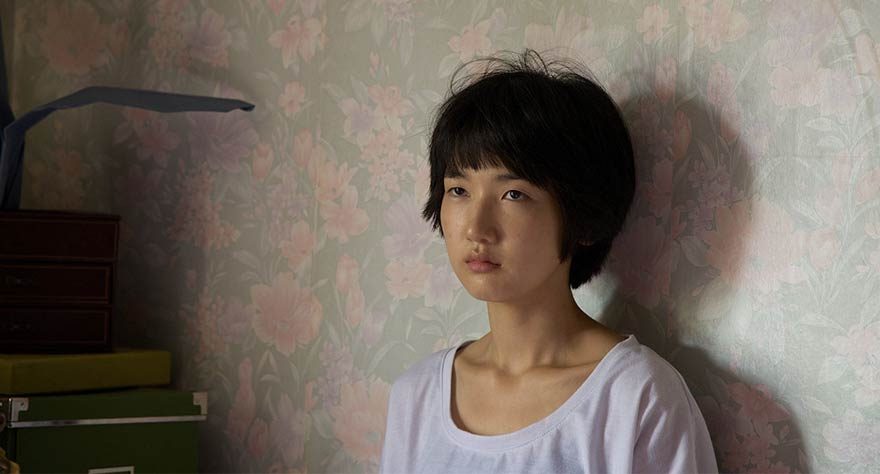 Lesflicks works with independent filmmakers of Lesbian, Bisexual and Queer (LBQ) films to help connect these films with their audiences.

From its launch in March 2019 lead by Naomi Bennett, Lesflicks has hosted both in-cinema and online film clubs, talks and Q&As, has curated the world’s first LBQ-dedicated film database, has set-up a growing video-on-demand platform and continued to offer film distribution advice! All while self-funded and run on the passion of its LBQ-identifying team.

In its first 9 months, Lesflicks supported 74 LBQ shorts and features, participated in 34 events and filled 830 seats in screenings across the country. In 9 weeks in 2020 Lesflicks held 10 film clubs, supporting 10 films and filling 152 seats. 2020 began with a blast, as Lesflicks drew the critically-acclaimed feature film “Rafiki” to its VOD platform!
We have a number of products that all feed into the betterment of lesbian film distribution for filmmakers and the intended audience.

Can true love span the decades?

An unopened love letter addressed to Belle Tiocou dated 1945 ends up in the hands of a struggling young couple, Phoebe and Faith. Though it’s now 2018, and there’s the possibility that Belle is no longer alive, Faith makes it her mission to track Belle’s whereabouts, dead or alive, and in the meantime hopes the adventure will somehow make her and Phoebe re-connect once again. To Faith’s surprise Phoebe joins her on her mission to deliver the letter to its originally intended recipient, Belle, but also to reunite her with Hannah, the woman she loved decades earlier.

When a life changing incident occurs, sisters Laura and Zoe have their lives thrown into turmoil.

After the death of their mother, Laura (Miranda Colmans) is left frustrated and disillusioned with her sister Zoe’s (Tawny Fontana) selfish behaviour. With grief, a new baby and stress at work adding to Laura’s fragile mindset, tension between them is at an all-time high.

After their mother’s funeral a life changing incident occurs, and Katie (Ellouise Shakepeare-Hart), Laura’s wife, has to come to terms with a mysterious new reality.

Amy falls for the new postie but finding out whether the attraction is mutual proves difficult.

Amy falls head over heels for the new Postie but finding out whether the attraction is mutual proves to be far more difficult then she first expected. So it’s up to her best friend Lilly to come to her rescue and help her find the solution.

Butch Pal for the Straight Gal

Because lesbians can do makeovers, too

In a world where societal pressures often force women to act, dress, and conform to unrealistic feminine stereotypes, five queer women, each with their own specialty, help straight women re-discover their true identity and offer tips on how they can overcome outdated gender roles. With areas of expertise including Fashion, Grooming, Cooking, Design, and Culture, straight women will learn everything from simplifying their morning routine to life skills traditionally attributed to men.

A lyrical short film exploring the complexity of new love.

While chaperoning a college theater party, two teachers struggle to find the courage to embrace their feelings for one another. A lyrical short film exploring the complexity of new love, based on a poem by Andrea Capere.

A story about connection and belonging — not with others, but with ourselves.

Based on a song by Sheila Houlahan, but reworked and re-recorded to include her poetry, KEEP ON is a story about connection and belonging — not with others, but with ourselves.  What do you wish you tell your younger self?  How would you hold them, that person who seems both so far away and so close?  How would you convince them that they’re not defined by their pain?

Drama  Race and Sexuality has never been considered one…until now.

Filmmaker and Author B. Danielle Watkins chronicles being the only African-American filmmaker in the inaugural lesbian only… film festival Cinema Systers Film Festival in Paducah, Kentucky. While simultaneously staying at the historic Hotel Metropolitan that was built to house the likes of Louis Armstrong and Moms Mabley so that they could have a place of comfort in a racially motivated climate. Exploring the historic importance of the festival as well as the hotel B. Danielle Watkins finds herself emotionally torn between that of being celebrated and the history of being shunned.

A short about marriage equality, perfect timing, and creating romance in the everyday.

A wedding and a haunted house. A supernatural thriller about love.

Robin & Jenna are getting married. Robin is excited beyond words; Jenna is plagued by panic attacks and struggles to write her vows. But when they arrive at their secluded fairy-tale venue sinister forces besiege them, threatening to tear them apart. Skillfully mixing genres, the film explores how doubt and fear can be imposed upon us and infect us from within, but only if we let it.

Coffee can fix anything.

Kimberly and Tiffany always have morning coffee together in the park. Talking about love, life, and the meaning of happiness. KJ, a physically fit, masculine identified woman happens to be in the park the same day, causing a minor glitch in the usual stuffy routine the pair seems to share.

Deja vu is the highest form of flattery.

After a day out on the town on a surprising nice day in the Great Lakes city of Buffalo, NY… Loyal has seen her wife, or so she thinks… Until a chance meeting on the subway train leads her to ask the question… Have We Met?

Giselle is beautiful, successful, and chronically single. She spends her time dreaming about what her “one” will be. While at work Giselle meets Xy,  an international model, and well known ladies boi. Despite the preceding reputation Giselle is smitten, and oddly enough so is Xy. G and Xy have an innocent flirtatious relationship, and Xy maintains her high profile persona while being herself  with Giselle. Giselle is blinded by the normal side of Ananda and intrigued with that which is Xy. Gemini at its best, so good Xy has had a girlfriend the entire time. Devastated Giselle remains present in Xy’s life as she prepares for her next gallery showing. In a chance meeting, in the midst of Xy and her girlfriend, Giselle meets Yoana (Khaos Da Rapper) an up and coming artist, and a rival of Xy’s beauty.

Love is felt, not heard.

Morning routines are important to start the day, especially when waking up in love.  143 follows Harper as she starts her day with her love, Mya.

Melrose is a simple girl, and all she wants most is for her morning to be brightened with a “Good Morning” text. With the help of her best friend, Lyn, Melrose ventures online to find someone to send those two beautiful words.

The Girl in Apartment 2

You never know who is living next door.

We were always taught to not envy the next person, but sometimes our minds get the best of us, and we can’t help but to think the grass is greener on the other side. “the girl in apartment 2” tells the story of jealousy gone too far…

Nona’s been estranged from her family for the past 10 years.  When Nona made the decision to come out to her Mormon family about her sexuality the family persecuted her in front of the entire church, and she was excommunicated.  Nona lost everything she ever knew with the raise of her father’s hand to cast the final vote of excommunication.  Without a word Nona has lived without family and then the phone call came; her mother died.  Nona’s heart is conflicted about whether to return to a home where she is hated, or to allow her mother’s death to go unnoticed as every other moment has for the past 10 years.

Kisses in the Wind

God’s voice is just a whisper away.

Dana is a young girl at a pivotal time in her life; she is beginning to have feelings for women.  Troubled by her innate yearning to be held by a women, Dana turns to church for guidance and help.  Her decision to seek God, rather than follow her heart will send her on an emotional rollercoaster, and reveal the teachings of hate in today’s society.  In the end Dana will challenge the teachings, and blossom into the woman she was destined to be.

3030 chronicles the lives of two platonic lesbian roommates living in modern day Las Vegas. Coined as the “Adult Disneyland” Zola Carter moves back to begin her new life after her divorce from her wife of 7 years. The majority of the show takes place in the home of Zola’s best friend of 20 years Tyler Smith. In addition to their living space the 30 year old besties will find themselves in the Las Vegas Night life, cafes, and other landmark Las Vegas attractions. Loosely based on actual events.