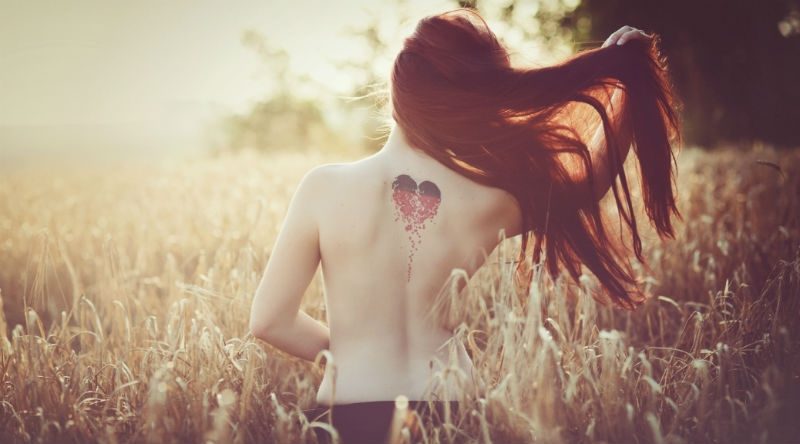 When a relationship has ended, what can we do to take care of ourselves?

I blink, my eyes red and watery having cried myself to sleep the night before. I run, attempting to cope with my heartache. As my feet hit the paved path one after the other, I replay the conversation that finally ended it – the moment we became just me. I approach the dog park and watch as dogs joyfully sprint around the perimeter. One couple calls their little dog over. Laughing and smiling, they wrap their arms around each other and their dog and touch heads. I quickly look away. An REM song plays on my iPod and I’m unexpectedly angry at all the shiny happy people. Somehow I have become the wicked witch of the breakup west, internally hating everyone and cackling, “And your little dog too!”

As the weeks wear on, I allow myself to grieve my breakup and I begin noticing the choices that help me get through. After some initial weeks of making not so good choices, I realise step one is to stop making myself feel worse. Here I offer five ways to heal after a breakup.

In my suffering, I noticed that I had little tolerance for other stress. A friend suggested I needed to do “damage control” – or to stop doing things that made things worse (like stalking my ex-girlfriend’s Facebook page, and staying out too late to avoid my empty apartment). Staying home and staying off social media didn’t cure my anguish, but I noticed that the more I stayed in, the less alcohol I drank, and the less exposure I had to my ex’s new, 22-year-old girlfriend on social media, the better I felt.

Relearn how to enjoy your own company.

In addition to learning how be by myself at home, I began to venture out more alone – something I hadn’t done in the years I was in a long term relationship. At first, sitting alone at dinner or the movies made me want to jump out of my skin. But I realized that was self-judgment, telling me that being single meant I was pathetic. I began telling a new story that said being single meant I was no longer in an unhealthy relationship and was taking better care of myself than I had perhaps in my whole life.

As I spent nights at home, binge watching Sex and the City while eating Thai takeaway, I began to notice that perhaps for the first time in my life, I was moving through grief, not around it. While crying into a stack of pillows every night wasn’t exactly fun, I actually felt better after I let it out a little bit. I began sleeping more soundly and was slowly more capable of concentrating at work. I journaled every day. I wrote my ex letters that I never sent. I cried. A lot. I ran, pounding out my frustration with every step on the pavement. I told myself to be patient with myself – that this grief is temporary and that I will come back stronger than before.

It can be almost impossible to find things to be grateful for when you’re knee deep in heartache. But the more I read about abundance, the more I began to see a connection between what I focused my attention on and what my life felt like. I began a gratitude journal where every morning I wrote 5 things I was grateful for. At first, all I could think of was “I’m grateful for my cat Boo.” Everything else felt like a fib. What I found though, is that the more I practiced finding things to be grateful for, (I am grateful for living in California, I am grateful for my healthy nieces and nephew, I am grateful for having strong legs), the easier it got to feel grateful. This pattern is in line with the law of attraction – the more I focus on the feeling of gratitude, the more I experience it. That is not to suggest shoving our grief or negative feelings away when we feel them is a good idea. In fact, the fastest way out of depression is through it (see #2), ideally met with self-compassion.

A friend suggested that I stop making myself feel worse by beating myself up for feeling bad. She called it the “gradual increments plan”, where instead of trying to go from a 2 in my mood to a 10, I would try to go from a 2 to a 4 today. Then tomorrow I can try to get to 5. This slight shift in intention and freedom to feel whatever allowed me to grieve without the added pressure I typically put on myself, that ultimately just makes things worse. I practiced self-compassion each time a negative emotion or memory came up, telling myself, “This is suffering” and letting the full weight of the emotion rise up. To my amazement, it didn’t kill me. Most of the time, I actually felt better afterwards

If you’ve ever been through a breakup, depression, or a time period where you had to put Humpty back together again, then you can likely relate to the feeling of frustration when it feels like the world around you is happy but you’re missing something. By allowing yourself to fully experience your grief, while supporting yourself with becoming reacquainted with yourself, practicing gratitude, and self-compassion, you can be in grief with a little less awfulness.