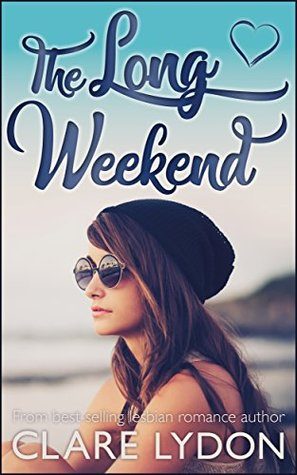 I really enjoyed this book! From the very start of the first chapter I felt engaged with these characters and their lives, and felt a part of this fun-filled, but very dramatic long weekend. With a core group of six friends who went to university together, two of whom are now married plus three partners that have been gathered along the journey of life, we arrive at a stunning house on a cliff over looking the sea in Devon, England. The love and ease these friends share  with one another is clear, but underneath there are the simmering tensions of past indiscretions, infidelities and distrust between old and new members of the group.

Stevie is finding it hard to forgive her wife Vic for her momentary lapse of sense and reason with a young co-worker, and Vic is trying to give Stevie the time and space she needs to forgive her. Kat has lost her job and fallen back into her old ways of dependence on alcohol to get her through, and her new girlfriend Abby doesn’t fit as seamlessly into the group as she had hoped. Tash and Laura seem like the perfect couple in love, until a revelation threatens to blow them apart. CID sergeant Geri likes what she sees in the hot barmaid, and is surprised by the barmaid’s initial lack of inhibitions. Throw in Stu and Darren to balance the female energy; copious amounts of wine and other liquid refreshments; a confined and secluded space; and a few personality clashes, and you have one heck of a ride!

‘The Long Weekend’ is an easy read, and the drama packed narrative will keep you charmed and happily flicking the pages. It’s full of love, laughter, conflict and ultimately resolutions, and is definitely a grown up and entertaining read!