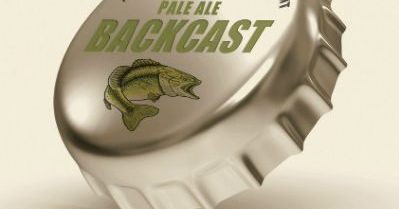 When lesbian landlubbers congregate at a lakefront writing retreat, will they capitalize on the experience or just capsize it?

When a dozen dissimilar dykes descend on Lake Champlain in Vermont for a writing retreat, you know things are going to get reel.

Though the ladies are hardly chuffed to the gills to be there, each attends to support her friend Barb, who intends to integrate the personal essays they’re writing into an art exhibit for Women’s History Month.

Of course, the women already have more than a month’s worth of history with each other. Yet despite all the hang-ups, hookups, and putdowns, the tide is surprisingly highbrowed, the queer blue sea laudably level.

Several of the women at the inn stand out. One such standout is Quinn Glatfelter, a butch dame who’s at sea―in more ways than fun. Needing to find herself and free herself at the same time, Quinn goes on a fishing expedition, going so far as to enter a tournament. For this lass, it’s all about that bass.

For others, like Mavis Pants, an African-American woman who is neither fish nor fowl, it’s all about-face. When Barb’s friends barge into her life, she at first denies that they’re all in the same boat. But as the wordy, nerdy cast lures her in, she flays the cold fish front and quits casting them off. Although I’m not terribly fond of fish, or fine kettles of them, I couldn’t help but join Mavis and Quinn at the poles―because this book earned my vote.

The characters on the pages of Backcast represent women of all ages and in all stages of life. They are as unambiguous as a well-organised tackle box, and it’s a privilege to “pier” into their lives. From the canter of her banter to her pro-fish-ient prose, Ann McMan is a nautically nice author whose readership has come in.

With its gals’ gaffes generating plenty of laughs, Backcast puts the “fin” in “finesse,” making a splash without going overboard.  And making itself known as the catch of the gay.