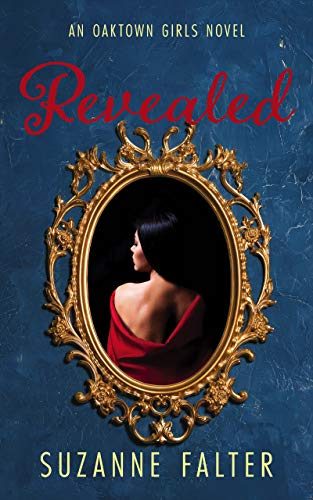 Leaving the past behind for a happier future

Part four of the ‘Oaktown Girls’ series brings us multiple stories of acceptance and redemption. It also neatly ties up a lot of the loose ends from the first three books in the series. The series is set around the lives of the many women connected to Driven, the women-owned garage in the Bay Area of San Francisco.

Tenika, co-owner of Driven with her friend Lizzy, and her wife Delilah want to start a family. But Tenika’s been holding on to a secret for many years, one that could derail her chances of ever being a parent—and even end her marriage.

Rosalind, who we met in book three, is an Asian-American tech guru who’s now running her own foundation to help women in tech. She’s also not yet out to anyone, least of all her homophobic, evangelical parents, who are badgering her to find the right man and settle down. When Rosalind meets Monroe, she knows she needs to change her life around in order to pursue their budding romance.

Monroe we also met in book three. They’re non-binary, and their family is having a hard time understanding this, never mind accepting it. But Monroe knows this is who they are, and they’re determined to push on with their official name change and gender marker. Their mother, however, is equally determined to fight it.

Frankie and Sally, who got together in book two, are still facing problems, mainly due to Frankie’s struggles in dealing with her PTSD. When an incident on the job triggers flashbacks and anxiety attacks, she’s forced to go on leave and it’s made clear to her that to keep her police job, she has to deal with her past.

Throughout all these stories, as they weave together and flow through the book, it becomes clear that all the characters are having to face up to demons, whether those are real people or memories from the past. I enjoyed how the author kept up those parallels while at the same time making each story strand unique. Some of the stories were emotionally difficult to read in places (CW: suicide), but the journeys that Frankie and Rosalind, in particular, undertook, were nicely put together. We don’t hear a lot from Lizzy and Kate, who had a leading role in book one. However what we do see flows logically on from their previous appearances, and they’re both great sounding boards for the other characters.

I thought book three was the end of the series, but here we are with book four! And although it wraps up a lot of the stories, the ending could leave it open for a fifth book. However, if this is the end, it’s a great way to finish it all off.