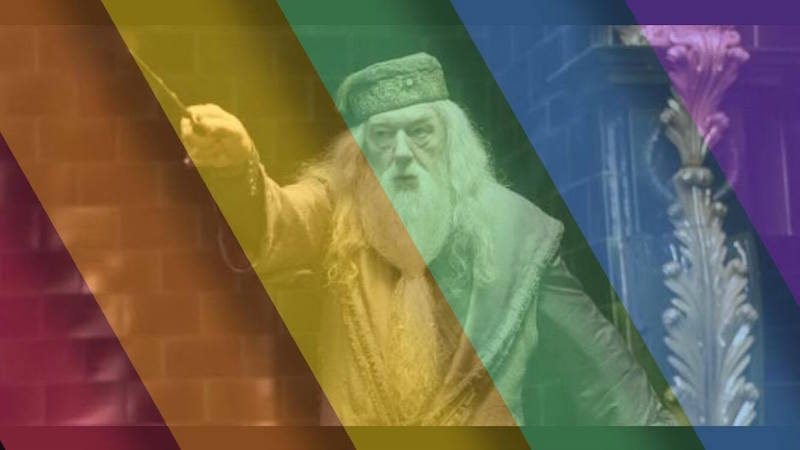 In the wake of the 20th anniversary of the original publication of Harry Potter and the Sorcerer’s Stone, there have been a lot of think pieces about why Harry Potter, and the world that J K Rowling created, continue to matter in our present day.

There are many reasons that Harry Potter is important to a lot of people. For those concerned with the stigma surrounding HIV positivity, Rowling’s representation of werewolves (infected, infectious – still people) has been particularly important. The figure of the boggart (which adapts its shape according to whatever its antagonist fears most) has helped many come to terms with the malleable nature of their anxiety disorders. Female readers talk about their thankfulness for Rowling’s diverse and nuanced female characters. Teachers express joy at their professions’ finally being acknowledged as the formative, crucial work that it is.

For LGBTI readers of Harry Potter, the thanks is a little more nuanced and a little more complicated. As we’re probably all aware, Rowling’s Twitter declaration back in 2007, in which she wrote, as if it were an inconsequential text supplement, “I always thought of Dumbledore as gay,” garnered a lot of criticism from the LGBTI community.

“If Dumbledore was always gay, why not just write it in the bloody book?” was the attitude held by a lot of fans. Amateur literary theorists and literary theorists alike had a field day debating whether meta-textual authorial declarations (i.e. a statement by the author about something that happens in the book, which is not actually written in the book) could count as “canon” material (“canon” referring to what constitutes the commonly known fictional universe – usually direct from the source text).

Queer members of the Harry Potter “fanon” (fan community), and/or those involved in creating queer “slash/fem-slash” fictions (fan fictions that romantically and/or sexually pair two characters of the same sex), were particularly put out, as Rowling’s continued metatextual declarations – in Twitter clarifications, interview answers, and even, arguably, in the production and publication of Harry Potter and the Cursed Child – seemed to encroach upon the interpretative hegemony that they had negotiated for themselves. Lesbian readers of Harry Potter have also long been perturbed by the complete lack of lesbian representation in the series, and many have contented themselves with projecting lesbian archetypes onto ostensibly straight characters to satisfy their queer cravings (seriously don’t tell me that Madam Hooch is not gay – she is a sassy, short-haired sports teacher who usually wears a white buttoned-down collared shirt and a black necktie??).

This queer projection should not come as a surprise. Rowling wrote a seven book series about celebrating non-normative lifestyles. It was not unlikely that marginalized people would project their own experiences, and the stigma faced by their communities, onto the plight of being magical in a predominantly Muggle world. And if queer people can reinterpret a horror film monster into a stylishly dressed, lovable queer icon in the space of a few memes, then Harry Potter’s queer reading potential is basically off the chain.

It is disappointing that Rowling did not decide to include any explicitly LGBTI characters in the text of her novels. Whether her omission was incited by a desire not to upset homophobic readers (and potential book buyers) or not, it is nothing less than a shame that such a seminal series involved zero non-heterosexual characters when it was published. But it is also unproductive to leave the discussion there.

For a very long time, “suspicious” reading was the fashionable way to read in academic circles. This meant probing, deconstructing, and lamenting the problematic, structural binaries that are silently attached to every written word. This linguistic fatalism continues to inspire undergraduate English students, as they try to get out of doing assignments by declaring, “there’s no such thing as textual meaning anyway, man.”

Thankfully, a new way of approaching reading is slowly gaining traction in academic circles, which might best be termed “generous” reading. When you read generously, you acknowledge that meaning is produced with a text in collaboration with the individual reader and with culture. Sometimes that culture systemically silences marginalized voices. So you concede that language might not be perfect, but hey – it’s all we’ve got. We might as well try to make something socially productive out of it.  In her best-selling memoir The Argonauts, Maggie Nelson says this beautifully: “It’s idle to fault a net for having holes.”

What we first have to understand is that even though it might not seem like it, reading a novel is a political act. As advances in cognitive theory and Theory of Mind continue to illuminate, the act of reading is an exercise in empathy. 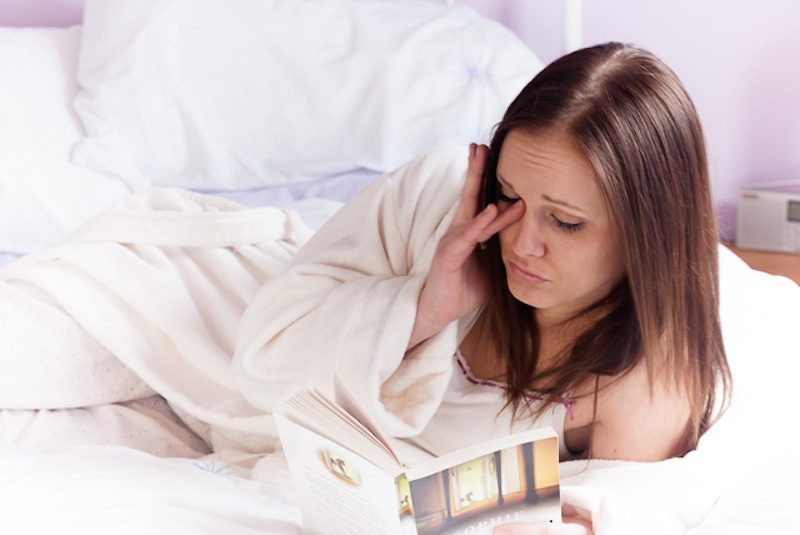 “Oh my God, I guess other people DO have feelings.”

Humans are innately narcissistic, so when we read, we automatically try to place ourselves within the world of the novel: “How would I react to that?” we pose. “Do I understand this character’s motivations? Could I preempt their next move based on what I now know about them?” we ask. And then we go out into the real world with more empathy, and (hopefully) a stronger inclination to look out for people that are not ourselves – and who actually might not be anything like us. Cognitive theorists would probably balk at the simplicity of this account, but to paraphrase the words of famed Australian lawyer Dennis Denuto, you know, it’s all about the vibe of the thing. Sorry, cognitive theorists.

Harry Potter is a series in which people with magical abilities are feared and shunned by the rest of society. Parallels between the treatment of LGBTI people and wizards come hard and fast. The Dursleys’ hatred of Harry stems not only from their ignorance of what being magical really means, but also from their anxiety surrounding possible guilt by association. They don’t want to be seen with Harry and his “weirdo” friends not so much because of their own beliefs, but because of what the neighbors might think. Further, Harry and his magical friends must “pass” when they are in public, Muggle spaces (something that Arthur Weasley is humorously unable to do).

Academics Tison Pugh and David L. Wallace are also quick to point out that the narrative of the first Harry Potter novel literally begins with Harry coming out of the closet, and that had he not gotten into Hogwarts, Rowling writes that Harry would have attended “Stonewall High, the local public school,” thus symbolically linking him to the LGBTI community who were infamously beaten and shamed by police at the Stonewall Inn in 1969.

Even if Harry Potter isn’t explicit in its defense and celebration of the LGBTI community, perhaps we can take this implicitness as a positive. Something that makes queerness so powerful and so positive is its latency. In a way, to be queer is to be as yet unformed by, or actively resisting, harmful social strictures and gender roles. And queerness certainly does not always articulate itself in concrete, knowable ways. As The Leaky Cauldron can only be seen by those who know to look for it, so too is any evidence of queerness glazed over by the eyes of most straight people. Same-sex relationships inextricably bind the seen and the unseen, the banal and the sublime – and often they require a little effort on the part of the observer to make themselves known. Dumbledore probably is gay – but not just because of Rowling’s Tweet. He’s gay because readers are ready and willing to imagine him as gay. If there’s anything that cognitive theory teaches us, it is that the story does not end on the page.

Harry Potter is important because of the latent queerness it emanates – and this has a tangible effect on LGBTI acceptance and relations in the world, both in subtle ways, like increased empathy on the part of every reader, and in more direct ways, like the formation of the Harry Potter Alliance, a nonprofit organization founded in 2005 by Harry Potter fans that mobilizes young readers to fight for a range of human rights causes, including same sex marriage.

Twenty years later, Harry Potter still matters. And so do all queer novels, explicit or otherwise. Direct LGBTI representation is important – but when all we get is hints, we must still harness the good that we can. The LGBTI community is used to receiving very little explicit support. But what we are good at is turning neutral possibility into positive fruition. Beyoncé turned lemons into lemonade. We turn Mandrakes into Mandrake juice.