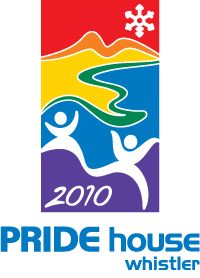 In the past decade, more and more gay and lesbian athletes have come out of the Olympic closet. It’s wonderful to see, because these athletes make such great role models for LGBT youth. With the 2010 Olympic games quickly approaching, I’ve kept an eye out for any newsworthy stories worth mentioning.

That is why I was more than pleased to come across this story. According to the Vancouver Sun, gay and lesbian Olympic athletes will have a common place to gather and socialize. It’s called Pride House, and will be provided by the Pan Pacific Whistler Village hotel in partnership with Gay Whistler.

I had no idea that such gathering places existed for Olympic athletes. Apparently, Canadian athletes have the Canada house, Russian athletes have the Russian house, and so on and so forth. Now, for the first time ever at the Olympic games, gay and lesbian athletes will have a place to bond, watch Olympic events and meet other athletes.

The Olympic games have always been a conservative platform, with gay and lesbian athletes slipping under the radar ever so carefully. Television announcers are known to skirt around the topic of sexuality, which is understandable to a point. Athletes, whether gay or straight, are at the Olympics to compete and not to announce their sexual preference. However, those athletes who wish to serve as role models for young LGBT individuals should be allowed to wear their rainbow colors with pride.

That is where Pride House comes in. The location will act as more than a “warming hut,” where athletes can warm-up in between events. According to the Sun, Pride House will also offer much-needed moral support for Olympic athletes who are not yet out of the closet or who come from countries that are not progressive towards homosexuality. The International Olympic Committee (IOC) has always avoided being associated with anything involving the LGBT community. They are not involved with Pride House in any way, shape or form. We aren’t asking for special treatment, but some visibility and recognition would be nice.

Positive stories regarding homosexuality and professional sports need to be heard by the public, and not just the LGBT community. Right now, there is a damaging stigma that you cannot be gay and a popular, successful professional athlete. Who came up with that rule?

In the past, professional athletes only came out of the closet after they have left the sports world and their careers behind. But, as they often say, times are a-changin’. Some athletes feel comfortable and secure in themselves enough to come out while they are still actively participating in sports. The LGBT community needs to step up and support those athletes, which is why Pride House is so important.

As I said before, Pride House more than just a warming hut—it’s a step in the right direction.