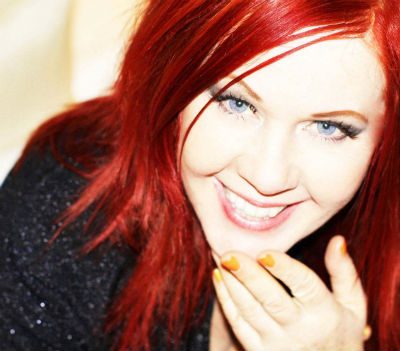 Pierson whose voice was immortalised in the B52s mega hit “Love Shack” where she was a founding member, comes crashing through on this 10 track album. Guitars and Microphones is a welcome return for Pierson as a solo artist, previously working with greats such as REM and Iggy Pop.

Hitting the airwaves already is the addictive “Mister Sister” which features actor Fred Armisen in the fun video. This track re-introduces us to the distinctive voice of Pierson that we all fell instantly in love with all those years ago.

Opening the album is “Throw Down the Roses” and it’s infectious. Immediately you are drawn into the catchy chorus/chant – it’s an ode to kicking serious butt and perfect to lift you out of any hideous day.  Title track “Guitars and Microphones” is complex musically and serves as a coming of age anthem.

“Bring Your Arms” lays the synths on thick and Pierson sings through with ease.  It’s in the verses that you really get re-acquainted with that distinctive voice of the early 1990’s and the memories will come flowing back. With a haunting multilayered vocal line in the chorus only adding to the complexity and joy of it all.

“Matrix” continues the flavour with an up beat tune that leads us into the cool and funky “Time Wave Zero” – declaring “the end is near” we wonder if Pierson is as sad to finish this album as we are to reach the end listening.

Guitars and Microphones will be available February 17 and you can grab it through iTunes (or pre-order it now). This album is produced by Tim Anderson (Ima Robot), Australian empress of pop Sia adds to the song writing through collaboration and she serves as executive producer on the album. Pierson is a solid musician who has delivered an album that is worthy of your playlist. In the meantime check out “Mister Sister” below.