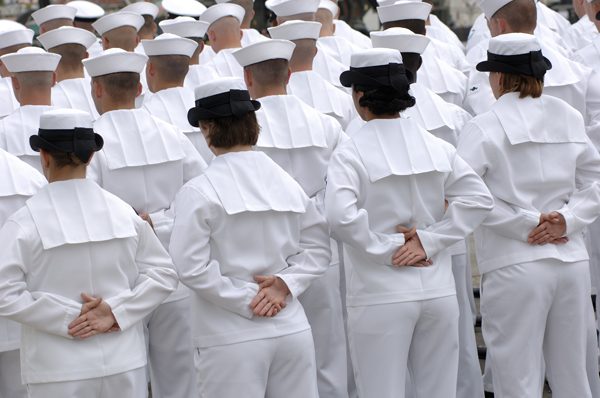 After 18 years of struggle, gays and lesbians celebrate the end of the discriminatory policy.

After 18 years of protest from LGBT advocates, the controversial policy known as Don’t Ask, Don’t Tell has finally been repealed, giving gays and lesbians the right to serve in the military openly and without shame. Across the country, LGBT veterans and their allies are celebrating the historical victory, which took effect at midnight on Tuesday, Sept. 20.

Since the law was enacted in 1993, more than 14,500 service members have been discharged after their sexuality was revealed—often against their will. Not only does the repeal prohibit this harsh and discriminatory practice, it also means that the Department of Defense will no longer tolerate any kind of discrimination based on sexual orientation.

The end the repeal of Don’t Ask, Don’t Tell marks a proud moment for lesbians and gays, in uniform and otherwise. Still, many advocacy groups have pointed out that the fight for equality in the military isn’t over yet.

Next up: the Defense of Marriage Act (DOMA) which still prevents the families of gay and lesbian service members from receiving military benefits, and many question whether the new policy extends to transgendered soldiers. Not to mention the impact it has on alter-bound civilian queers who are denied equal marriage rights, even in states where same-sex marriage has been legalized.

Though only time will tell how the Department of Defense handles these and other concerns, today is a day to celebrate. Historic strides have been made in our ongoing struggle toward true equality in the U.S. And we congratulate our country’s brave soldiers, who are now able to serve without concealing who they are—or who they love.