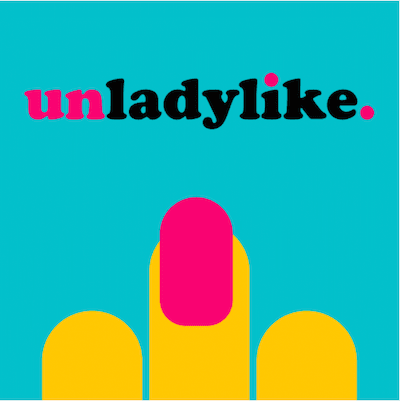 Cristen and Caroline are research-addicted feminists who make digital media about all things gender.

Top podcast listening service and content network Stitcher has released the trailer for “Unladylike,” a new show from Cristen Conger and Caroline Ervin, the creators and former hosts of “Stuff Mom Never Told You.”

The show explores topics ranging from the economics of getting an abortion, feminism’s fraught relationships with domestic and care work, and the booming business of witchcraft. Special guests this season include comedians Joyelle Johnson, Aparna Nancherla (“Inside Amy Schumer,” “Conan”) and Jo Firestone (“Dr. Gameshow”); activists Ai-jen Poo (National Domestic Workers Alliance) and Jessamyn Stanley (“Jessamyn Explains It All”); and more.

“We’re super excited to be back in the studio and to have the chance to share so many rad women’s experiences with our audience,” says Caroline. “Getting unladylike is the first step in not only claiming space for ourselves, but also making room for other overlooked stories and voices.”

“With Unladylike, Caroline and I set out to make a podcast where we talked less and listened more to other women and non-binary folks about the fantastically messy realities we share,” Cristen says. “I hope that it sounds as fist-pumping as the Women’s March, the #MeToo movement, and Samantha Bee’s blazer collection make me feel.”

Cristen and Caroline are journalistically trained, research-addicted feminists who make digital media about all things gender. As creators and former co-hosts of “SMNTY,” one of the first educational women’s podcast, they spent seven years creating an encyclopedic vault of more than 1,200 podcast episodes and YouTube videos myth-busting stereotypes, demystifying difference, and contextualizing his-and-hers gender constructs. Their blend of fact-finding rigor and wisecracking authenticity has garnered them more than 1 million monthly podcast streams and credibility from fans around the world and, as well as features in Hollywood Reporter, Buzzfeed, Refinery29, The Guardian, CBC Radio and more.

Their first book, the social justice self-help guide Unladylike: A Field Guide to Smashing the Patriarchy and Claiming Your Space, will be released via Ten Speed Press in 2018.

The “Unladylike” podcast can be found on Stitcher, Apple Podcasts and everywhere listeners access podcasts.