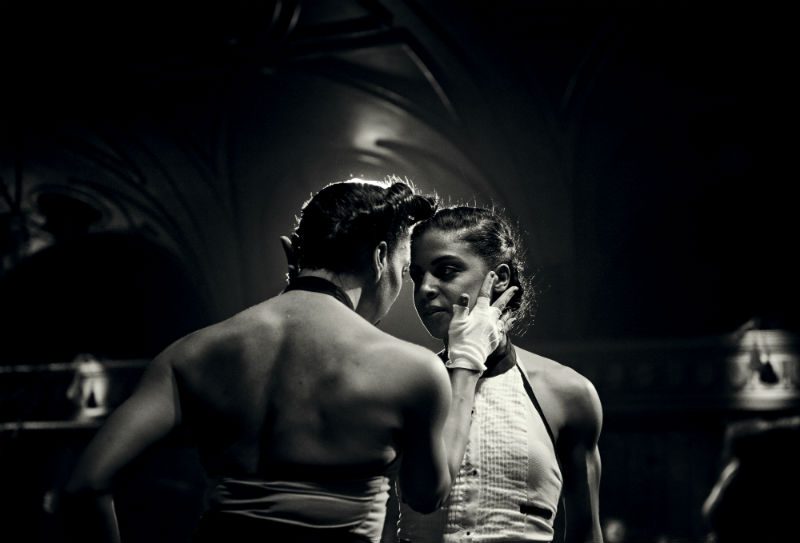 A unique theatrical experience that involves dinner, drinks and some sapphic fun!

If you’re looking for a unique theatrical experience that involves dinner, drinks and some sapphic fun, then Queen of the Night is a great bet. Created partly by Randy Weiner, one of the producers of Sleep No More, it’s the next event on the explosive immersive theater train that’s made it’s way into NYC the last few years. Much like other Weiner productions, the show has impeccably fabulous costumes and fascinating set design, and is strongest in getting people out of their comfort zone and into the present moment.

When I was on line waiting for the doors to open several audience members asked each other, “What is this thing?” There isn’t an exact description on the show’s website and some people bought tickets without knowing what the show really entailed, except for dinner. It’s hard to put the experience into words, but here’s my attempt: imagine the stunts of Cirque du Soleil coupled with the provocative and mysterious atmosphere of Eyes Wide Shut … and dinner served Medieval Times-style in between (plenty of veg and meat options). You will not dine like you will here anywhere in NYC. I won’t ruin it for you, but to give you an example I found myself spooning cauliflower from a birdcage.

The story that runs through the night is the typical hetero-princess gag, but it served second fiddle to the genderqueer and sexually-fluid dance and stunt choreography that was the main focus of the night. Do not doubt that you will interact with the performers — it’s virtually impossible to avoid being pulled into the action in some way — who will look into your eyes with such intensity and presence that you’re forced to snap out of whatever bullshit with which you walked in the door.

Catch this show before it closes: www.queenofthenightnyc.com/