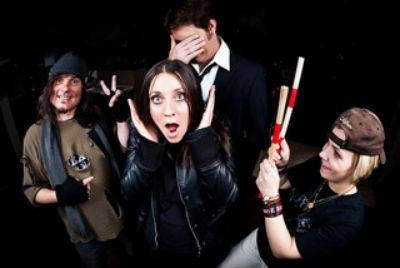 On the eve of Fiona Noakes Band setting to release their latest album ‘Fury of the Sea’, Curve has been lucky enough to sample some tracks.

Fronted by Fiona Noakes and accompanied by Cliff Chamberlain (lead guitar), Danae Tsikouras (drums) and Benoit L’Ecuyer (bass), this band sets out to take you on a journey through love, loss and other things on the side.

The first sampling from this album is the catchy “Misunderstood”.  It opens with a guitar introduction that is as familiar to you as the introduction to the Indigo Girls’ “Pendalum Swinger”. Quickly though it takes you on its own path where Noakes and the band deliver a solid pop-folk track.

Slowly the haunting sound of the guitar winds you through the verses of “Your Stare” with the smoky vocal line leading into a change of beat for the chorus.  The track is mellow and hints at flavours still to come on the album.  Title track “Fury of the Sea” has a strong instrumental line with the percussion melding nicely with an upbeat guitar and bass while Noakes’ vocals tie it all in.

Closing out this preview is “Billy Davis House”.  This track has that recognisable sound of a mid-nineties indie ballad.  It would fit nicely as the soundtrack to a classic montage scene fit for a “But I’m a Cheerleader” or “Empire Records”- esque angst driven teen drama.

Whilst there is a heavy folk influence to their sound, that draws from greats that have come before them, this four-piece Ottawa, Canada based band have managed in this small snippet of tracks to forge their own way.