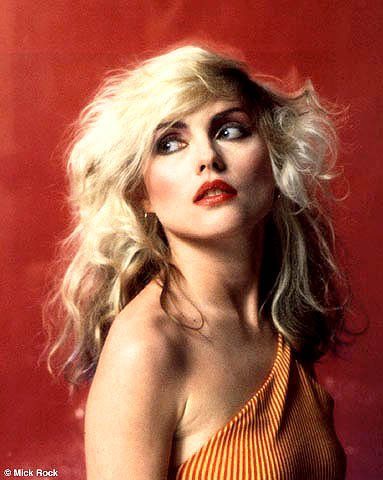 Blondie lands downunder for a national tour in 2012

McManus Entertainment is thrilled to announce the return to Australia of one of music’s most acclaimed bands Blondie. Boasting one of the most compelling front-women in music Deborah Harry, Blondie have enjoyed a stream of timeless top ten hits bursting with great hooks and brilliant iconic lyrics. Aussie fans can expect a stellar performance from this renowned group.

Blondie’s tour will hit Australia in December. They will play to fans in Hobart, Melbourne, Adelaide, Sydney, Townsville and Brisbane and will also grace the stage at this year’s Homebake Festival. Joining Blondie for these special shows will be special guests The Stranglers and The Saints. For the Sydney show special guests The Machinations will play to crowds in place of The Saints.

“I’m so excited to bring Blondie back to Australia. They enjoyed their first taste of success here back in the ‘70s and have a legion of fans awaiting their return, ” says promoter Andrew McManus. “Deborah Harry is like no other front-woman in the industry – fans can expect a first-class show.”

The disco-infused track Heart of Glass was Blondie’s first US number one single which became a worldwide hit selling more than a million copies. Blondie repeatedly reached the top of the charts over the course of four decades with hits such as One Way Or Another, Rapture, The Tide Is High, Call Me, Picture This, Rip Her To Shreds, Hanging On The Telephone and Maria. The band landed a phenomenal five US and five UK number one singles cementing them as music royalty.

Deborah Harry is unquestionably one of the most important and influential women to have graced the stage and a living punk icon.

Blondie has continued to be a powerhouse live act, attracting audiences around the world. 2006 saw Blondie inducted into the Rock and Roll Hall of Fame with the band’s plaque situated right below The Beatles.

Australia has always had a special place in the band’s heart, being the first country in the world to give them commercial success.

Blondie’s special guests are English punk rockers The Stranglers who scored 23 UK top 40 singles and 17 UK top 40 albums over a career spanning five decades. The Stranglers are the longest surviving and most continuously successful band to come out of the ‘70s UK punk scene. Top hits include Golden Brown, Always the Sun and Skin Deep.

Also joining Blondie is the Aussie rock band touted by Sir Bob Geldof himself as one of the first and most influential groups of the punk rock genre – The Saints. Evolving into one of the greatest Aussie bands of the ‘70s and ‘80s, singer Chris Bailey is constantly seeking new inspiration and always on the lookout for an unholy array of diverse musos to perform with. With 20 odd albums under their belt and a brand new album release this summer, The Saints will have you standing on your seats for more! Their legendary hits include (I’m) Stranded and Know Your Product.

The Saints will not be performing in Sydney. Instead, the popular Australian ‘80s dance-pop outfit Machinations will perform at the Enmore Theatre. The band’s hits include Pressure Sway, My Heart’s On Fire and No Say In It.